Super Nintendo World and Mario Kart -Kuppa's Challenge which opened at Universal Studios Japan (USJ) in March 2021 received the Tea (themed entertainment association) Award based in Burbank California, USA).
Ummatimes - The Tea Award was obtained today (17/11/2021) and announced by USJ.
The Tier Awards are selected by the Themed Entertainment Association, headquartered in California, USA. The award ceremony was held on the 16th US time and two USJ initiatives were selected for the "Outstanding Achievement Category". "Super Nintendo World" was praised in the parks & rides field, and "Mario Kart ~Kuppa's Challenge~" was praised in the field of innovative technology.
"Super Nintendo World" is an excellent theme area that reproduces the Nintendo game world in the real world. In addition to the ride attraction, hitting "Hatena Block" will collect coins in the smartphone app, using your whole body. The feature is that you can enjoy it. "By opening the world's first Nintendo-themed area at Universal Studios Japan, Universal Creative has raised the bar for a high level of interactivity," said the Tea Award committee. 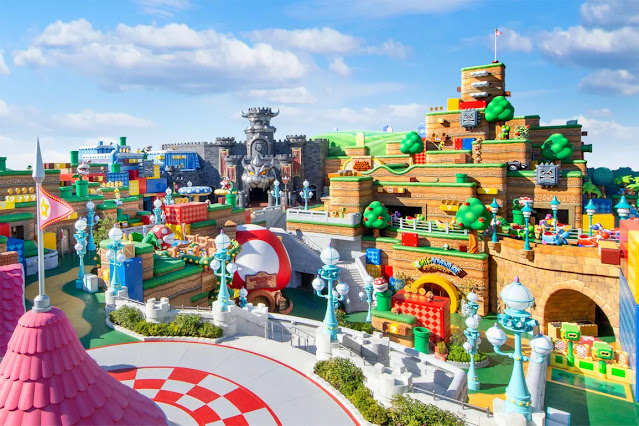 Also, "Mario Kart ~ Kuppa's Challenge ~" is the world's first Mario Kart ride attraction. We can enter the game world and run Mario Kart, and from the Tier Award, "Guests experience independence and immersion while experiencing their own unique experience, the concept of interactivity in the amusement park It changes completely and makes a leap forward."
In response to this award, Universal Parks & Resorts Vice Chairman Mark Woodbury (President of Universal Creative) said, "We are committed to providing experiences that only guests at Universal Group theme parks can experience. We are constantly adopting innovative technologies to deliver stories and experiences. powerful adventure to guests. We create a once-in-a-lifetime experience beyond the boundaries of rides and land. We are so grateful to the entire team for receiving such an award from the Themed Entertainment Association."
Meanwhile USJ Japan feels encouraged by this award and is chosen by everyone as a place where we can enjoy a unique sense of unity for real entertainment and great "super enthusiasm" with all the passion.
"We will do our best to become a place that people like later," said USJ.
In addition, in the "area of ​​​​attractions" award, the attraction "The Secret Life of Pets: Off the Leash" with the theme of the popular Universal Studios Hollywood film in the United States was awarded.
Inspired by the blockbuster film series "The Secret Life of Pets", the film was praised for enjoying a heartwarming experience where guests go on a journey to transform themselves into lost puppies and into lovable pets.