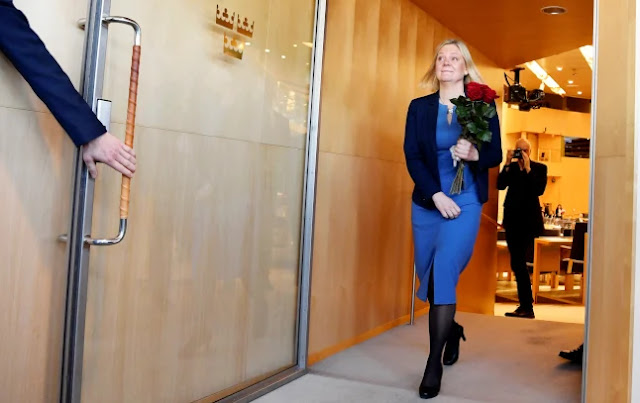 "It is my intention this afternoon to nominate Magdalena Andersson for the post of prime minister," the speaker of parliament said at a press conference on Thursday (25/11).
In the absence of another candidate Andersson looks set to win again at the Riksdag. Voting will be held on November 29. The speaker of parliament said last Wednesday's events were 'incomprehensible' to the Swedish people.
He said the actions of the parties had damaged people's confidence in parliament, the political system and the politicians themselves. Andersson's political turmoil caused a divided parliament.