Taliban Asks US Congress to Help Overcome Crisis in Afghanistan

Taliban Asks US Congress to Help Overcome Crisis in Afghanistan

The Taliban called on the US Congress to take responsible steps to address the ongoing humanitarian and economic crisis in Afghanistan. According to them, the Congressional move could unfreeze Afghan assets that were frozen by the US Government and lift sanctions against Afghanistan.
"As the winter months draw near in Afghanistan and in a setting where our country has been hit by the coronavirus, drought, war, and poverty, American sanctions are damaging not only trade and business but also humanitarian aid," the acting secretary of state said. Taliban Amir Khan Mutaqqi in an open letter addressed to members of the US Congress on Wednesday (17/11) quoted by Anadolu Agency.
Ummatimes - He said the Taliban government was shocked when the US government announced the imposition of sanctions on Afghanistan's central bank assets. "This goes against our expectations as well as the Doha Agreement," he said, referring to a peace agreement between the US and the Taliban reached in February last year.
Mutaqqi claims that today the Afghan people have gained personal security after going through decades of conflict. They, said Mutaqqi, have the right to financial security. "Today, the fundamental challenge of our people is financial security and the root of this concern is pointing back to the freezing of our people's assets by the American government," Mutaqqi said. 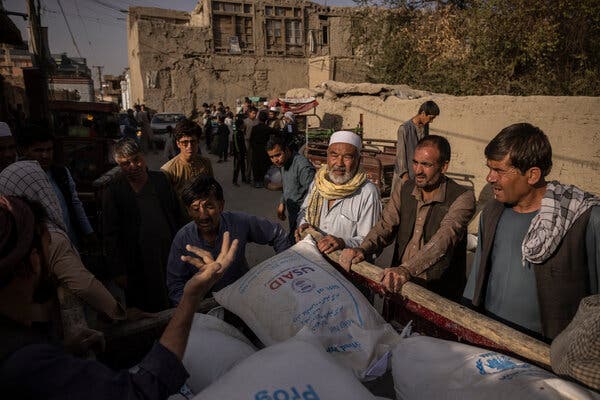 He explained that since the Doha Agreement was agreed the Taliban are no longer involved in direct conflict and are not in military opposition. "What logic might be behind freezing our assets," he said.
Mutaqqi believes the Taliban and the US have a great opportunity to build positive relations, move forward, and learn from the bitter experiences of the past. "At a time when we have a very good opportunity for a positive relationship, reaching for sanctions and pressure options cannot help improve our relationship," he said.
Currently the US is still freezing Afghanistan's foreign assets worth more than nine billion dollars. The freeze was carried out since the Taliban took power in Afghanistan in mid-August.