The Taliban launched a crackdown on ISIS-K suspected of being in southern Afghanistan on Monday (11/15/2021). The operation follows bloody attacks orchestrated by ISIS-K in recent weeks.
Ummatimes - For information, ISIS-K or Islamic State-Khorasan is a branch of the Islamic State of Iraq and Syria (ISIS) in Afghanistan.
According to the Taliban provincial police chief Abdul Ghafar Mohammadi, the operation started at midnight Sunday (14/11/20210) until Monday morning in four districts of Kandahar Province. 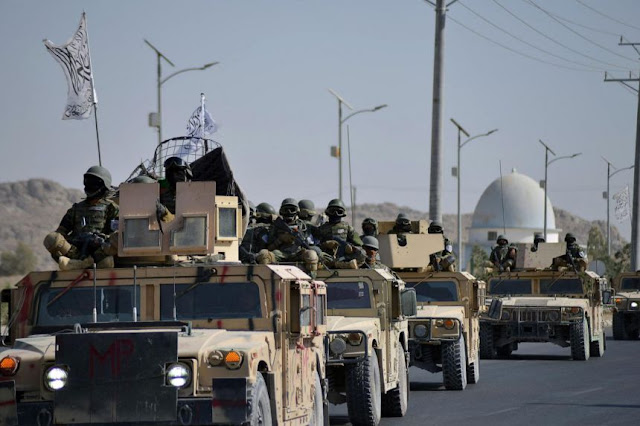 "So far, four Daesh (ISIS-K) fighters have been killed and 10 captured. One of them blew himself up inside a house," Mohammadi said, quoted by The Straits Times.

1. ISIS-K is increasingly active in a number of cities

A member of the Taliban intelligence agency, who declined to be named, said at least three civilians were killed in the operation. Taliban officials also reported that there had been an explosion west of Kabul on Monday morning, but there were no casualties.
In the last three months, since the Taliban captured Afghanistan, ISIS-K has become increasingly active in Jalalabad, Kunduz, Kandahar and Kabul.

2. ISIS-K claimed responsibility for a number of attacks

Last month, ISIS-K claimed responsibility for a suicide bomb attack on a Shia mosque in Kandahar, which killed at least 60 people and injured dozens more. The attack came a week after a mosque explosion in Kunduz province, which killed more than 60 people.
ISIS-K was responsible on Sunday for a bomb that destroyed a minibus in Kabul over the weekend, killing a well-known local journalist and two others. In the incident, ISIS claimed to have killed or injured 20 Shiites.

3. Reportedly ISIS-K is based in Jalalabad

Earlier this month, ISIS-K fighters also stormed the city's National Military Hospital, killing at least 19 people and wounding more than 50 others.
The group also claimed several attacks in the city of Jalalabad, the capital of the eastern Nangarhar province which is a hotbed of ISIS-K activists.