The Taliban government from Saturday (20/11) paid salaries to Afghan civil servants who were delayed by several months, local officials said. Thousands of Afghan civil servants have been without pay for the last three months.
Ummatimes - It is one of many crises the Taliban have faced since the group took power in August. "The finance ministry said that starting today, the salaries of the last three months to which all civil servants and staff are entitled will be paid in full," Taliban spokesman Zabihullah Mujahid said on Twitter.
It is not yet clear where the Taliban government will get the funds to pay the pending salaries. Even before the Taliban seized power in August, many public sector employees said they had not received their salaries for weeks. 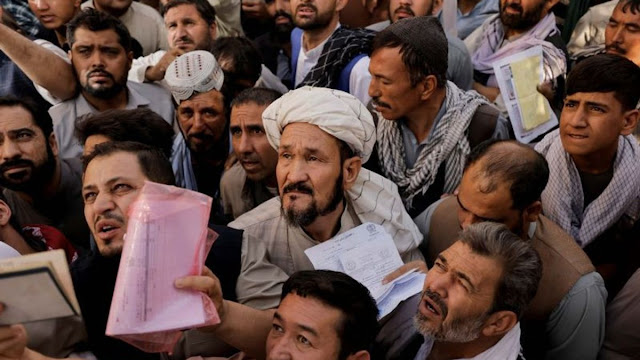 After the Taliban came to power, the Afghan government's billions of dollars in funds located in the United States and the European Union were frozen. Governments of foreign countries have not been willing to channel funds directly to help the Taliban-led Afghan government fulfill its financial obligations, such as paying the salaries of civil servants.
International financial institutions have also stopped funding the government in Afghanistan. After German and Dutch special envoys met with Taliban officials in Kabul on Thursday (18/11), the envoys expressed their willingness to discuss the payment of salaries for health and education sector employees through various international organizations.
It was not immediately clear whether the willingness of these countries had anything to do with the announcement made by the Taliban on Saturday. Another Taliban spokesman, Inamullah Samangani, tweeted on Saturday that the daily income collected by the Taliban Government has been increasing every day.
"The Ministry of Finance said that in the 78 working days of the last three months, we have collected revenues of around 26.915 billion Afghanis (288 million US dollars)," he said.
Samangani, citing the Ministry of Finance's statement, added that civil servants' pensions would also be paid soon.