The Taliban have signed a deal with Australian company Cpharm willing to invest $450 million in the cannabis processing industry in Afghanistan. This was conveyed by a spokesman for the Taliban.
Ummatimes - The acting Interior Ministry spokesman, Qari Saeed Khosty, said the deal had been finalized and work could start in a few days. Khosty explained that the company will use processed cannabis for medical purposes and will be given thousands of hectares of cannabis land.
He added that cannabis production and processing would be legally contracted with Cpharm. But on the other hand an Australian medical consulting firm, Cpharma, in a press release rejected any form of involvement in the cannabis deal with the Taliban. 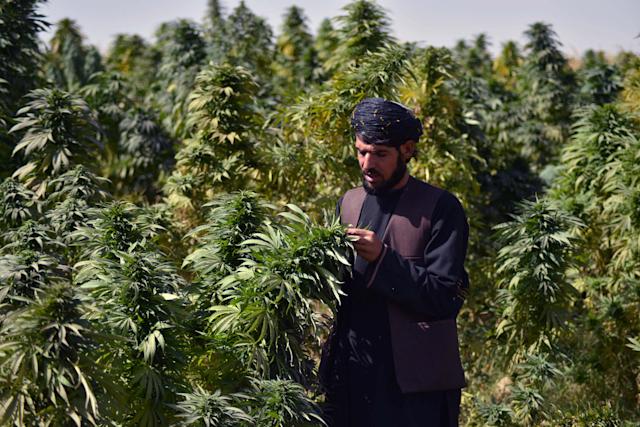 “We were aware last night of numerous media articles alleging that Cpharm in Australia had been involved in a deal with the Taliban to engage in the supply of cannabis in cream. We have been contacted today by various media around the world regarding this matter," Cpharma said in a statement.
Cpharma added they do not manufacture or supply anything. “We provide medical advice services to the pharmaceutical industry in Australia. We have no products on ARTG. We have no ties to marijuana or the Taliban. We don't know where the Taliban media releases are coming from and want to reassure everyone that it should not be connected to Cpharm Pty Ltd Australia," he added.
This is because the Taliban had previously committed to cracking down on cannabis and opium processing in Afghanistan, and would not allow former members to get involved in the drug-producing business.
Afghanistan is currently going through an economic and humanitarian crisis with more than 95 percent of the population below the poverty line for months now. It is the first initiative announced by the Taliban but has been widely criticized by Afghan social media users.
The Taliban took power in Afghanistan by force on August 15, 2021, despite international partners pressing for a return to power through a months-long negotiated political settlement in Doha, Qatar with delegations from both the Taliban and the Afghan government.
The International Community says it will not recognize the Taliban government until an inclusive government with the inclusion of women and other ethnic and religious groups is not formed in Afghanistan. On the other hand, the United States and the Taliban will continue talks in the coming weeks in Doha, Qatar with a focus on counterterrorism operations against ISIS-K and Al-Qaeda in Afghanistan.