The arsonist on Japan's Kyushu Shinkansen this morning

The arsonist on Japan's Kyushu Shinkansen this morning

The arsonists on the Kyushu Shinkansen Sakura No. 401, an eight-car train, Kiyoshi Miyake (69), apparently just wanted to get involved in the October 31 arson case on the Keio Line Tokyo train.
"I saw what happened on the Keio Line, I wanted to try to follow it like that," said the suspect admitting his actions to the police when he was arrested.
Ummatimes - The suspect was traveling between Kumamoto and Shin-Yatsushiro stations with about 140 passengers on board when Miyake attempted to set the arson around 8:45 a.m., police said.
The incident caused delays in shinkansen travel services of up to about 50 minutes on the Kyushu Shinkansen Line. 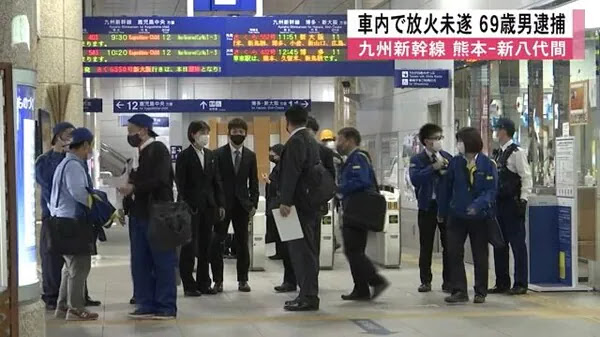 Miyake, a Fukuoka resident, is suspected of splashing a flammable liquid and using a lighter he was carrying to light the fire, according to police.
As a result, the train seats in the middle of the track in the No.3 carriage turned a little black from the paper he did burn.
The train, which was departing from Hiroshima Station to Kagoshima Chuo Station, was stopped after an alarm sounded in carriage No. 3, according to Kyushu Railway Co. (JR Kyushu), which operates the Kyushu Shinkansen Line.
Smoke billowed in the car as a conductor, who responded quickly, rushed into the No.3 carriage. Then the conductor managed to put out the fire.
An eye witness saw another old man scolding the perpetrator. "What a stupid thing you are doing!"
The passengers survived without being injured and immediately evacuated to the rear carriage after it was announced on the train that passengers should stay away from the No.3 carriage.
The perpetrator Miyake sat in carriage No. 3 on line 6 from the front, the row to the left of the passenger seat. 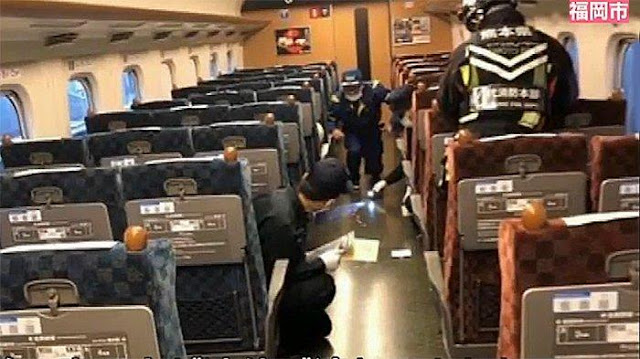 The police officers immediately came to Shin-Yatsushiro station about 10 people and immediately stormed into carriage No. 3 to secure the perpetrator who remained sitting without any resistance when arrested by the police.
In some places, the railways are now working with the police to conduct anticipatory training in the event of a burning on the train or in anticipation of the danger of an attempt to kill someone using a knife and others.