Cuban activist named Junior Garcia Aguilera on Wednesday (11/17/2021) arrived in Madrid, Spain. Aguiler's trip to Spain was called an escape attempt, because in his home country he was threatened with arrest and imprisonment by the Cuban authorities.
Ummatimes - The arrival of the young activist stole attention because he was a leader who voiced large demonstrations in July. In fact, he is known as a pro-democracy and advocate for freedom in the Communist country.

1. Junior Garcia went to Spain with his wife

Garcia arrived in Spain with his wife Dayana Prieto on a tourist visa. His arrival in Madrid had permission and was confirmed directly by the Spanish government.
As per his Facebook account, Garcia expressed his gratitude to all his family, friends and everyone who helped him on his trip to Spain. 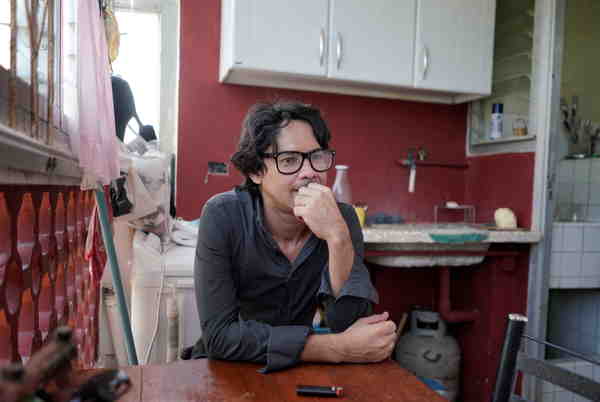 "We came to Spain, alive, healthy and full of all our ideas. We have to thank all the people who made this trip possible," said Garcia.
"I have been unable to communicate for several days and need updates on the situation and conditions from other members of the opposition group Archipelago," he added.
This is related to the prohibition of holding the 15N protest in Cuba. In fact, Garcia's house in Cuba has been blocked by the police, including the dispersal of his supporters who were about to go to his house, quoted from CNN.

2. Garcia's house has been blocked since Sunday

On Sunday (11/14/2021), Garcia actually planned to carry out his own long march. However, his efforts were prevented by the police and government supporters who surrounded his house.
Later, he attempted to communicate with journalists and supporters by bringing white roses through his window. He also carried a sign that read 'my house is blocked' and there was a large expanse of the Cuban flag from the roof above his window.
Members of the Archipelago group said they had not heard from Garcia since Tuesday last week. Even though it was only a day before the planned 15N demo, reported from the NBC News page.

3. His departure to Madrid was a personal decision

Reported by DW, his decision to go to Madrid is known to be his personal decision, according to a statement from the Spanish Ministry of Foreign Affairs. The reason, he had submitted a visa request to Spain and it was approved.
However, it is still unclear whether Garcia left at his decision or was forced to leave by the Cuban government.
"Certainly, the Cuban authorities will not oppose him. If he opposes, then he should not be able to leave," said a statement from the Spanish Foreign Ministry.
Garcia's departure comes amid government efforts to arrest the media and independent organizations linked to the November 15 protests.
In fact, ahead of the 15 November demonstration, the Cuban government has revoked the press accreditation of several EFE journalists from Spain.