The issue of the Timah-branded whiskey with the image of a bearded man with a beard has attracted the attention of Malaysians in recent days.
Ummatimes - A number of people think that the alcoholic drink is offensive to Muslims because of its name and image.
PAS President Abdul Hadi Awang said in a Facebook post that, whatever the reason, the name "Timah" should not be used by the wine brand because it is close to the name of Fatimah al-Zahra, the beloved daughter of the Prophet Muhammad.
"And subtly it can be considered to touch the sensitivity among adherents of Islam," Hadi wrote as quoted by malaysiakini.com, October 22, 2021.
The official Mufti Territory, a clerical body under the Malaysian Prime Minister's office, also said the name Timah created the perception "as if there was a hidden agenda such as wanting to normalize the arak culture within the Malay Muslim community".
"The use of arak jenama with Malay words such as 'Timah' is completely unnatural," said a statement released on the official website of the Regional Mufti Official,
The institute also highlighted the image of this liquor. "The images used should also not touch the sensitivity of the Islamic community, which is the majority population for the sake of state harmony," he said. 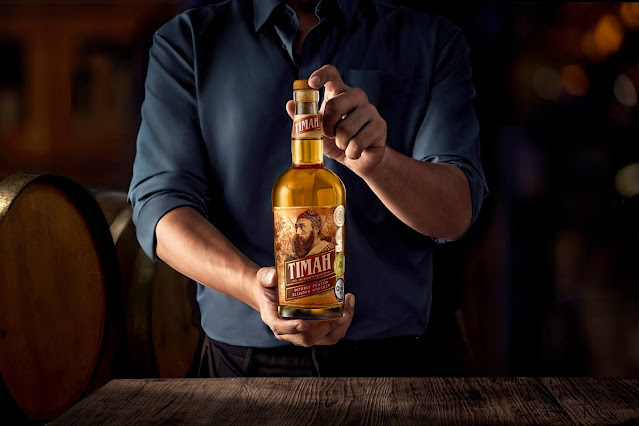 That's why this agency proposes that this product be withdrawn from circulation and the brand and image replaced.
Timah whiskey producer Winepak said the brand "tin" was taken from the Malay language to honor the metal's role in the country's economy. Malaya was once the world's largest tin producer, as quoted from Free Malaysia Today.
It is said that the portrait on the bottle does not depict a Muslim man but a photo of Captain Tristram Speedy, the British commander who is considered to be the first to introduce whiskey in Malaya.
According to historian Bahru Zewde of the University of Addis Ababa, the beanie worn by Captain Speedy in the picture on the whiskey bottle is the hat worn by tribal chiefs in Ethiopia.
“The hat he wore was used by the chiefs of the Ethiopian tribes, including Emperor Menelik II. His headdress has nothing to do with Muslim hats," he said as quoted by Free Malaysia Today, Friday, November 12, 2021.
Captain Speedy is also close to Ethiopian history for helping Emperor Tewodros II of Abyssinia, now Ethiopia, against Italy in 1896.