Travis Scott's Concert Takes Its Toll, Why Can A Crowd Kill Someone?

Travis Scott's Concert Takes Its Toll, Why Can A Crowd Kill Someone?

The incident at the Houston music festival, Friday (11/5/2021), added to the long list of people who died in the crowd at a major event.
Ummatimes - The tragedy of the crowd like what happened at the concert held by Travis Scott is not the first time that has happened.
According to the South China Morning Post, in 1979, 11 people were killed while scrambling to enter a concert in Cincinnati, Ohio, by The Who.
At Hillsborough football stadium in England, human stampede in 1989 left nearly 100 people dead.
Then, in 2015, the collision of two pilgrims in Saudi Arabia caused more than 2,400 deaths, according to a count of media reports and official comments.
Experts say they are looking at the common features of how the fatal tragedy could have happened. 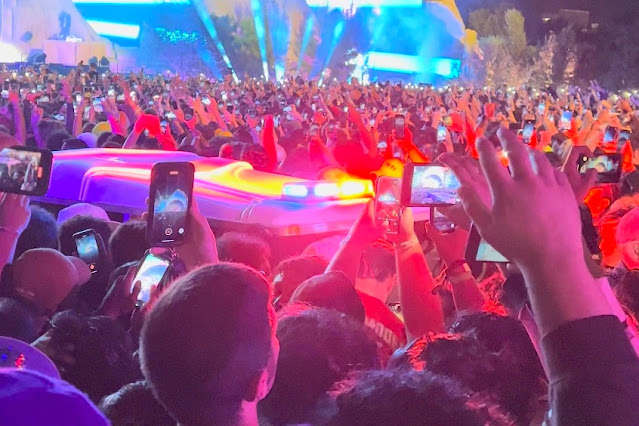 How Can People Die in Crowds?

Victims are often pinned so hard that they can't get oxygen, not because they were trampled on.
As the crowd surged, the force could be strong enough to bend steel.
Pressure can also hit people from two directions, one from behind the crowd pushing forward and another from the front of the crowd trying to escape.
If a few people fall, the pressure can even come from above.
A British investigation into the Hillsborough tragedy found that asphyxiation was listed as the leading cause of most deaths.
The deaths occurred as more than 50,000 fans packed the stadium to watch a football match on a warm sunny day.
Some of them entered the tunnel and were pressed so hard against the guardrail, the investigation found.
"Survivors described being decompressed, unable to move, head locked between arm and shoulder, face panting and panicking," the report said.
"They realized that people were dying and they were powerless to save themselves."

What Caused a Mass Explosion?

G Keith Still, professor of crowd science at the University of Suffolk in England, explains how mass explosions occur.
Still often testifies as an expert witness in court cases involving large numbers of people.
"My research covers more than 100 years of disasters, and always they all have very similar characteristics," he said.
The first is the design of the event, which includes ensuring crowd density does not exceed safety guidelines. 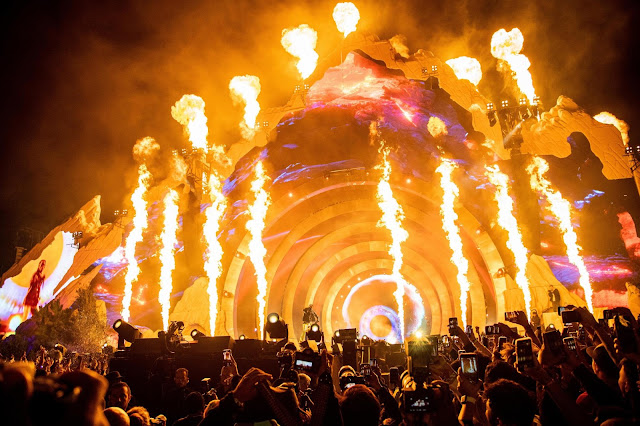 The event design includes enough space for everyone and a gap large enough for people to move around.
Some venues will take precautions when they know a high-energy crowd is coming to an event.
Crowd density was perhaps the most important factor in the deadly spike.
However, it usually takes a "trigger" to get everyone rushing in the same direction.
A sudden downpour or hailstorm can send everyone running for cover, as happened when 93 football fans in Nepal were killed when storming the exit of a locked stadium in 1988.
Or, in an example that Still says is much more common in the United States than any other country, someone yells, "He's got a gun!"
Mass waves don't always happen because people are running away from something.
Sometimes it's also caused by a crowd moving toward something, such as an artist performing on stage.
Poor crowd management systems, where event organizers do not have robust procedures for reporting incidents or warnings, are another reason why deadly mass explosions can occur.

How Has the Pandemic Changed Things?

Steve Allen of Crowd Safety, a UK-based consultancy involved in major events around the world, said it was always important to monitor crowds, especially now that events have escalated in the wake of the pandemic lockdown.
Allen recommends that every event should train "crowd scouts" with noise-canceling headsets to communicate directly with someone near the performer, who is willing to pause the event in the event of a threatening situation such as a mass surge, building collapse or fire.
Allen said he had personally stopped about 25 shows by artists, including Oasis, Red Hot Chili Peppers and Eminem.
Professionals don't use the words "stomp" or "panic" to describe such scenarios because that could put the blame on the people in the crowd.
Instead, they more often blame event organizers for failing to provide a safe environment for spectators.
"Safety doesn't matter," Still said.
"So safety tends to be the last thing on the budget."