Turkey on Thursday released an Israeli couple who had been arrested for photographing President Recep Tayyip Erdogan's Istanbul residence and suspected of spying, a charge Israel denies.
Ummatimes - Mordi and Natali Oknin were arrested on November 9. A Turkish national was also arrested on charges of political and military espionage, state news agency Anadolu said.
The couple's family said the couple, drivers for Israel's largest bus company, were vacationing in Istanbul, according to Reuters, November 18, 2021.
Oknin's case is a major cause in Israel, whose relations with Turkey have been strained for years because of Erdogan's firm stance on the Palestinian cause. 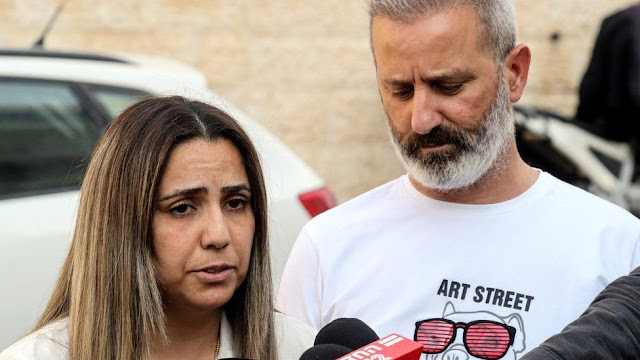 "Thank you to the whole nation of Israel. Thank you to everyone who helped and supported and released us," Natali Oknin told reporters after she and Mordi landed in Tel Aviv on a chartered private plane.
Turkish officials did not immediately comment on the release of the two.
Israel has denied spying allegations against the couple, saying they do not work for any state agency, and sent a senior envoy to Turkey to request their release.
In a joint statement, Israeli Prime Minister Naftali Bennett and Foreign Minister Yair Lapid thanked Erdogan and the Turkish government for their cooperation.
Matan Kahana, an Israeli cabinet minister, said Turkish authorities had realized that Oknin was an innocent civilian. Bennett's government gave Ankara nothing in return for the couple's release, he said.
"This could of course turn into an unnecessary crisis," Kahana told Army Radio Israel.
"Let's hope relations with Turkey will be warm. I am sure that, after days of such intensive contacts, connections are made that will naturally benefit us in the future," the Israeli cabinet minister said.