UK Adds Hamas to List of Terrorist Organizations, Follows US and Europe

UK Adds Hamas to List of Terrorist Organizations, Follows US and Europe

Britain will ban the militant group Hamas and include it as a terrorist group. According to British Home Secretary Priti Patel, Hamas supporters will face up to 14 years in prison.
Ummatimes - According to Patel, the changes will be decided in parliament next week. The British government argued that it was impossible to distinguish between the political and military wings of Hamas.
Since 2001, the UK has banned Hamas' military wing, the al-Qassam Brigades. But an outright ban under the Terrorism Act 2000 would see Britain follow its allies the United States and the European Union.
A Hamas official in Gaza said the group would wait until a formal announcement from Britain before issuing a response. 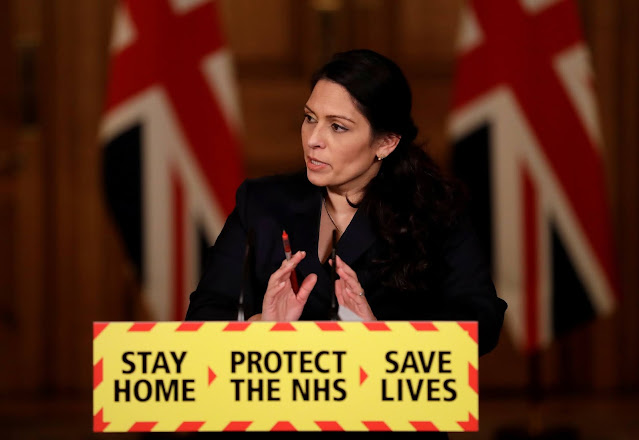 Patel, who was on his way to Washington, said the decision was based on intelligence reports. "Hamas is fundamentally and fanatical anti-Semitic," he said, adding the ban was necessary to protect the Jewish community.
If organizations that support the independence of the Palestinian people are banned in the UK, then clothes that support Hamas will also be banned.
Politically, the British government's decision could lead opposition groups to take up positions in Hamas. This is because the Labor Party's support for Palestine is very strong.
Earlier this month, a man was tried in Britain for wearing a T-shirt that belonged to Hamas and Palestinian Islamic Jihad. It has been banned in the UK since 2005. In June, Feras Al Jayoosi, 34, also wore clothes in the Golders Green area of ​​north London, which has a large Jewish population.
The British decision to ban Hamas was welcomed by Israeli Prime Minister Naftali Bennett. He called Hamas a radical Islamist group that targets innocent Israelis.
"I welcome the UK's intention to declare Hamas a terrorist organization because it is what it is," he said on Twitter.
Founded in 1987, Hamas opposes Israel's occupation of the Palestinian territories. Based in Gaza, Hamas won the 2006 Palestinian parliamentary elections. They seized military control of Gaza the following year.
Israel's 11-day offensive on Gaza in May this year killed at least 250 Palestinians, including 66 children. Israeli officials say 13 people, including two children, were killed in Israel by Hamas rockets.