UN Concerned About Health of Journalists Reporting Pandemic in Wuhan

UN Concerned About Health of Journalists Reporting Pandemic in Wuhan

The United Nations (UN) is very concerned about Zhang Zhan's rapidly deteriorating health due to the hunger strike. The Chinese journalist who documented the early days of the Covid-19 pandemic in Wuhan, rejected his arrest.
"Zhang's life is reportedly at serious risk," said UN Human Rights Office spokeswoman Marta Hurtado.
Ummatimes - He was convicted in December 2020 for his coverage of the pandemic. Zhang, a journalist and former lawyer, is known to have traveled to Wuhan in February 2020. For three months, he documented the authorities' response to the Covid-19 outbreak. "He recorded and uploaded videos to social media platforms highlighting the lives of people in the city," Hurtado said.
The United Nations Human Rights Office said in May 2020 police arrested him and took him to his hometown of Shanghai. Then, in December 2020, he was convicted of "provoking a fight and provoking trouble" and sentenced to four years in prison. 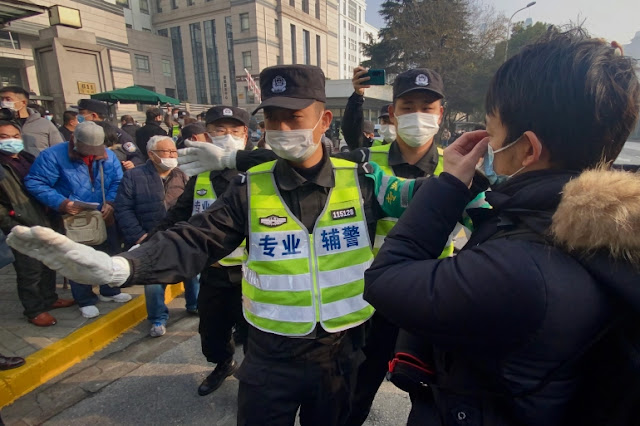 "While in detention, Zhang has gone on several hunger strikes to protest his imprisonment, conviction and sentence," Hurtado said.
Since his arrest last year, the Human Rights Office has raised concerns over his case publicly and bilaterally with Chinese authorities.
He is seeking clarification on the criminal proceedings being taken against him for what he says appears to be his legitimate journalistic activities.

Authorities allegedly force-fed Ms. Zhang because she was on a hunger strike. "However, over time, his health deteriorated seriously, and he was reported to be very thin," Hurtado said.
"We ask the Chinese authorities to consider Zhang's immediate and unconditional release, at least, on humanitarian grounds, and provide life-saving medical care, respecting his wishes and dignity," he said.
The UN human rights office says the free flow of relevant information is critical in early crises such as a public health emergency. "We reiterate our call to all countries to ensure that all emergency measures, including those relating to freedom of expression and freedom of the media, introduced in response to the Covid-19 pandemic are indispensable, proportionate to legitimate aims and non-discriminatory," the Human Rights Office said. UN.