UN: Covid-19 deaths are increasing only in European countries now

UN: Covid-19 deaths are increasing only in European countries now

The World Health Organization (WHO) said deaths from the coronavirus in Europe had increased by five percent in the last week. This makes Europe the only region in the world where Covid-19 deaths are increasing at the moment.
Reporting from The Straits Times, the Xinhua news agency quoted the WHO weekly report issued on Tuesday (16/11/2021).
The report shows that 50,000 deaths from Covid-19 were recorded worldwide last week.
But Xinhua also said that all regions experienced steady or declining death rates, with the exception of Europe. 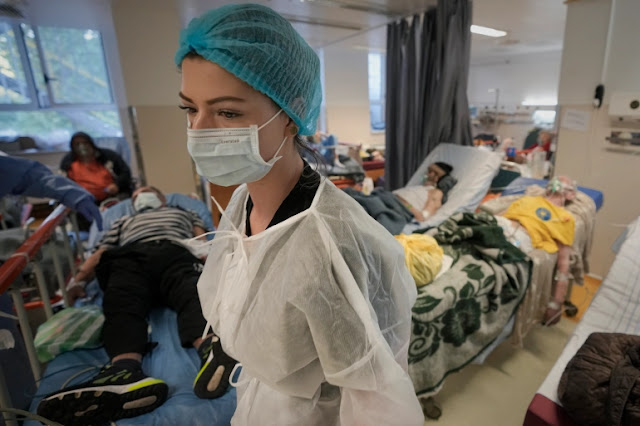 Europe has recorded 28,304 new deaths in the past week, for a cumulative total of 1,480,768.
Of the 3.3 million new Covid-19 cases reported globally, 2.1 million came from Europe.
The WHO report stated that the countries in Europe with the highest number of new coronavirus cases were Russia (275,579), Germany (254,436) and the UK (252,905).
The WHO recently warned that Europe was once again the epicenter of the pandemic.
The world body also said half a million people in continental Europe could die from Covid-19 in the next few months.
According to WHO, as of November 14, more than 252 million confirmed cases of Covid-19 and more than five million deaths had been reported worldwide.
Delta subvariant in the UK
Meanwhile, the coronavirus prevalence survey found that the Delta subvariant growing in the UK was less likely to lead to symptomatic Covid-19 infections.
The survey found that overall cases have fallen from their peak in October.
The Imperial College London React-1 study, released on Thursday (11/18/2021) found that the Delta Plus subvariant, known as AY.4.2, had grown to nearly 12 percent of the samples sequenced.
But only a third had classic Covid-19 symptoms, compared to nearly half of those with the current dominant Delta AY.4 lineage.
Two-thirds of people with AY.4.2 have some kind of symptom, compared with more than three-quarters of people with AY.4.
AY.4.2 is considered slightly more contagious, but has not been shown to cause more severe disease or avoid vaccines more easily than the Delta variant.
Researchers say that people without symptoms may isolate themselves a little.
But also that people with mild symptoms may not transmit too much through coughing and are also less likely to be seriously ill.
"It appears to be more contagious," Imperial epidemiologist Paul Elliott told reporters. "But the good thing is, it's not too symptomatic," he said.
Imperial had previously released interim results showing the prevalence of Covid-19 hit a record high in October, with the highest infections among children.
The full results of the latest round of research, conducted between October 19 and November 5, confirm what was recorded daily and other prevalence surveys - that the infection rate fell from that peak, corresponding to the part-time school holidays at the end of October.
Dr Elliott said there was uncertainty as to whether the decline would continue.
According to him, the next few weeks will determine whether cases increase again with the return of schools.
The React-1 study also found that a booster dose reduced the risk of infection in adults by two-thirds compared to people taking two doses.