UN says fossil fuels are the main cause of global warming

UN says fossil fuels are the main cause of global warming

The United Nations (UN) climate conference concluded on Saturday (13/11) local time, and for the first time reached an agreement concluding that fossil fuels are the main driver of global warming. The deal was finally reached after several coal-dependent countries raised last-minute objections.
Ummatimes - The agreement was welcomed because it is considered to continue to revive hopes for efforts to limit global warming to 1.5 degrees Celsius. However, not a few of the 200 delegates who participated in the conference hoped that more agreements would be reached.
In the last minutes before an agreement was finally reached, there was drama. India, backed by China and a number of other developing countries that depend on coal, rejected a clause calling for coal-fired power plants to be phased out.
After envoys from China, India, the United States and the European Union negotiated, the clause was finally changed to a request for countries to gradually reduce the use of coal. India's Minister of Environment and Climate, Bhupender Yadav, said the revision reflected the national circumstances of developing countries. 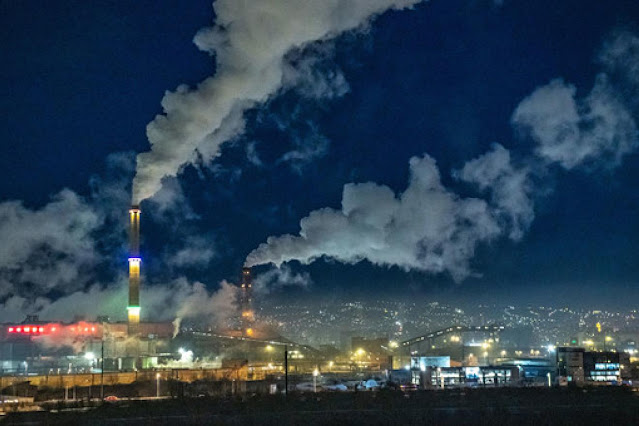 Read also : Air pollution worsens, Delhi schools close for a week
"We are a voice for developing countries," he told Reuters.
He said the deal was eyeing coal but remained silent when it came to oil and natural gas. The one-word change was met with disappointment by wealthy European countries, as well as by small island nations and other developing countries. However, Mexico and other delegates eventually said they would let the deal take effect.
"The approved text is a compromise," said UN Secretary-General Antonio Guterres. (The text) reflects interests, conditions, contradictions and the state of political will in the world today," he said.
Reaching an agreement has always been a matter of balancing the demands of climate-vulnerable countries, major industrial powers, and countries like India and China that rely on fossil fuels to lift their economies and people out of poverty. Developing countries think that rich countries should finance their shift away from fossil fuels in order to adapt to the increasingly severe climate impacts.
According to them, the necessity is based on the fact that historically the exhaust of gas by countries is the biggest cause of global warming. The deal offered a promise to double climate impact adaptation funding by 2025 from 2019, but again no guarantees.
The UN committee next year will report on progress in disbursing the 100 billion US dollars (Rp1.42 quadrillion) per year pledged to climate finance. Rich countries have previously failed to meet the 2020 deadline for the funding. Funding will be discussed again in 2024 and 2026.