The United States Department of State approved its first major arms deal with the Kingdom of Saudi Arabia under United States President Joe Biden. In this agreement, it is known that the United States sold 280 air missiles with a value of up to 650 million US dollars to Saudi Arabia.
Ummatimes - The Pentagon announced the sale on Thursday (4/11) local time. If approved, the deal would be the first sale to Saudi Arabia since the Biden administration adopted a policy of selling only defense weapons to the Gulf ally.
A spokesman for the US State Department said it had approved the sale on October 26. He added the sale of air-to-air missiles came after an increase in cross-border attacks against Saudi Arabia over the past year.
"The sale is fully consistent with the government's pledge to lead with diplomacy to end the conflict in Yemen," a State Department spokesman said in a statement. 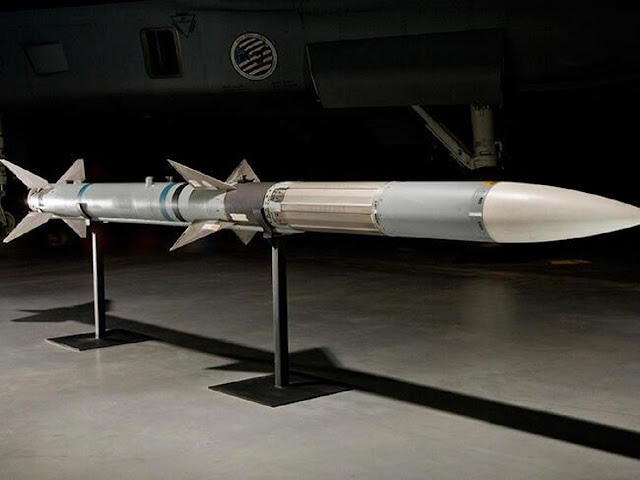 Air-to-air missiles to ensure Saudi Arabia has the means to defend itself against the Iran-backed Houthi air strikes. Following the Trump administration's friendly relationship with Riyadh, the Biden administration recalibrated its approach to Saudi Arabia on human rights issues and the war in Yemen.
But developments in recent months have raised doubts about the reasons for Washington's initial move, particularly its decision to end offensive weapons shipments to Riyadh.
The United States is increasingly forced to reckon with the Houthis' relentless attacks on Saudi Arabia's civilian targets as well as their campaign to take Marib at great humanitarian cost, along with Iran's continued stance in talks with the West and its pursuit of its nuclear program.
Saudi Arabia is leading the war against Yemen's Houthi rebels, who are backed by Iran. US officials say Iran has supplied Yemen with drones and drone technology.
The Saudi missile package includes 280 AIM-120C-7/C-8 Advanced Medium Range Air-to-Air Missiles (AMRAAM), 596 LAU-128 Missile Rail Launchers (MRL) along with containers and support equipment, spare parts and supplies. contractor engineering and technical support. The main contractor is Raytheon Technologies, of Waltham, Massachusetts.
However, although approved by the United States Department of State, the notice does not indicate that the contract has been signed or that negotiations have concluded.