Moments after hearing the arrival of the United States (US) congressional delegation to Taiwan with fighter aircraft, the Chinese military immediately carried out a patrol of readiness of its jet aircraft towards the Taiwan strait on Tuesday (9/11/2021).
Ummatimes - According to a Chinese military spokesman, the patrol was intended as a "warning" to a number of countries showing their support for Taiwan's independence, Reuters reported.
Taiwan's defense ministry reported that six Chinese military aircraft entered the southwest air defense zone, including four J-16 fighter jets and two reconnaissance aircraft.

1. There has been no response from Taiwan regarding China's provocation

On Tuesday, Taiwanese media outlets reported that several members of the US Senate and parliament had arrived in Taipei on military aircraft. 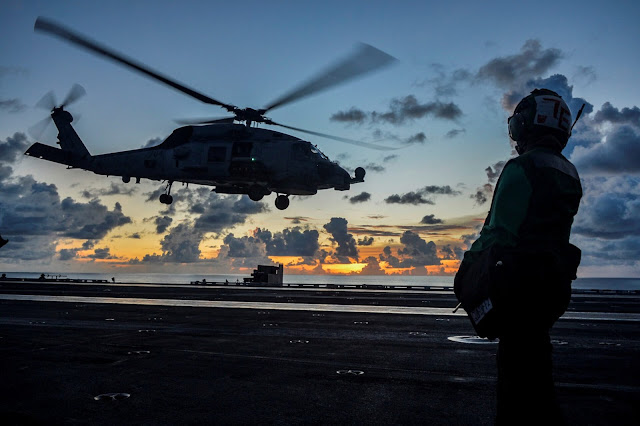 Taiwan's presidential office declined to comment on China's aggressive actions. The American Institute in Taiwan, the de facto US embassy with no formal diplomatic ties, did not immediately respond to a request for comment.
For information, the US Congressional delegation often uses military aircraft such as the C-32 to travel abroad, including previous visits to Taiwan.

China's Ministry of Defense opposes and condemns the visit. At the same time, China explained that the patrols were carried out to test the ability of its fighter aircraft to operate in various areas.
In recent months, China's military aggressiveness has begun to cause unrest from the international community. Taiwanese authorities even called China's provocations the worst in 40 years, reiterating their argument that China will invade Taiwan in 2025.
In June, three US senators also visited Taiwan. China called the visit a vile, dangerous and irresponsible political provocation.

In early November, for the first time in history, a European delegation visited Taiwan. The three-day visit was organized by a committee of the European Parliament to discuss foreign interference in the democratic consolidation process.
"Taiwan's experience in dealing with repeated and sophisticated (cyber) attacks through mobilizing its entire population, and without limiting its democracy, is unique," said delegation leader Raphael Glucksmann.
During the meeting, Taiwan's President Tsai Ing-wen mentioned China's efforts to seize the island of democracy. Tsai has called on security authorities to counter Chinese infiltration.
The visit of EU lawmakers comes after the head of Taiwan's Ministry of Foreign Affairs, Joseph Wu, visited Europe last September.
Wu's visit was met with anger from Beijing, which warned the hosts not to damage bilateral relations with China.