Journalist United States (US), Danny Fenster was finally released from prison in Myanmar on Monday (15/11/2021).
Ummatimes - He was released three days after being sentenced to 11 years in prison by a military court. The military government said Fenster was released on humanitarian grounds.
The release came after negotiations between the junta and the former US ambassador to the United Nations, Bill Richardson.
Frontier Myanmar, said he was on a flight out of Myanmar.
Fenster, who is the managing editor of an English-language news site, was convicted of violating immigration laws, violating association laws and encouraging dissent against the military. 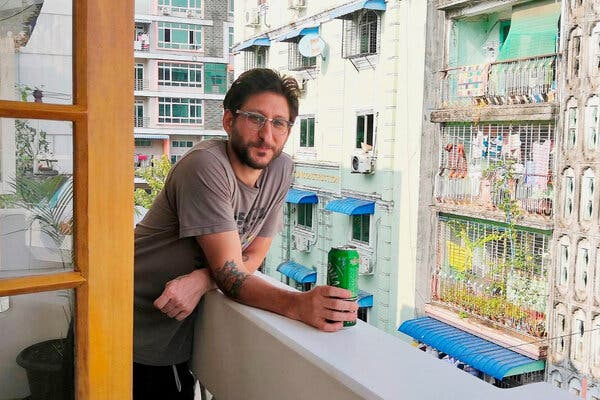 Fenster was first detained in May as he was about to fly back to the US, and has been in prison for 176 days.
He is one of many journalists, and thousands of people detained since the Myanmar military took power in a coup in February.
US Secretary of State Antony Blinken said Fenster's detention for nearly six months was a mistake, and he welcomed Fenster's release.
"We are delighted that Fenster will soon be reunited with his family, as we continue to call for the release of others who remain unjustly imprisoned (in Myanmar)," Blinken said.
Richardson said he had negotiated Fenster's release in a face-to-face meeting with General Min Aung Hlaing, the army general who seized power.
He also said Fenster flew back to the US via Qatar.
Fenster was arrested while on a flight back to the US in May, even though he committed no apparent crime.
He was charged with offenses relating to the news organization he left nearly a year earlier, an apparent wrongdoing his lawyers pointed out in court.
Fenster was released from an amnesty of more than 5,000 prisoners last month, and last week he was not only convicted and sentenced to 11 years in prison, but had two more serious charges brought against him.
His sudden release followed months of silent pressure by the Biden administration, and Bill Richardson's recent visit to Myanmar.
However, it is unclear whether the US made concessions to win Fenster's release.
Sanctions targeting members of the military junta and their associates still apply.
Dozens of local journalists are still being held, along with thousands of other political prisoners.
There is no sign yet that they will also be released.