US to Release Indo-Pacific Economic Framework in 2022

US to Release Indo-Pacific Economic Framework in 2022

Secretary of Commerce of the United States (US) Gina Raimondo said the economic framework in the Indo-Pacific will be launched early next year. Raimondo added that his visit to Asia was to lay the foundations for potential cooperation.
"It is likely that we will launch a more formal process early in the year that will culminate in the right economic framework in the region," Raimondo said at the Bloomberg New Economy Forum in Singapore, Wednesday (17/11).
Ummatimes - Last month US President Joe Biden said Washington would begin holding meetings with US partners in the Indo-Pacific. They will discuss the development of the economic framework in the region.
Raimondo said that before attending the forum in Singapore he had visited Tokyo. After the activities in Singapore he will visit Malaysia. 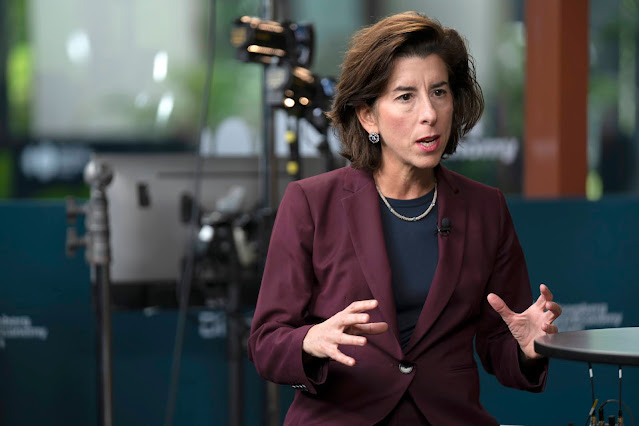 Critics highlighted the weak economic component of the US strategy in the Indo-Pacific after former president Donald Trump withdrew the US from the trade agreement now known as the Comprehensive and Progressive Agreement for Trans-Pacific Partnership (CPTPP).
Last September China volunteered to join the CPTPP. This free trade agreement was signed by 11 countries including Australia, Canada, Chile, Japan and New Zealand in 2018.
"It's not about China, it's about developing economic and commercial ties with our partners in the Indo-Pacific, where we have had strong relationships for a long time not just the past few years," Raimondo said.