US Wants Responsible Competition with China

US Wants Responsible Competition with China

The United States (US) insists they want to focus on building responsible and healthy competition with China. This statement was made by the Assistant Secretary of State for the United States (US) for East Asia and the Pacific Daniel J. Kritenbrink.
"The US has a complex relationship with China. The US believes that its relationship with China is competition but we want that competition to be responsible and healthy," said Daniel J. Kritenbrink in a limited Roundtable Media Interview at the US Embassy, ​​Jakarta, Tuesday (30/11). ).
Ummatimes - He said United States (US) President Joe Biden met virtually with Chinese President Xi Jinping on Monday (15/11) to discuss a number of issues, including trade, technology, human rights and the Taiwan situation.
"I think the main focus of the meeting is how we run this competition responsibly. We believe the competition between China and the US will intensify," he said. 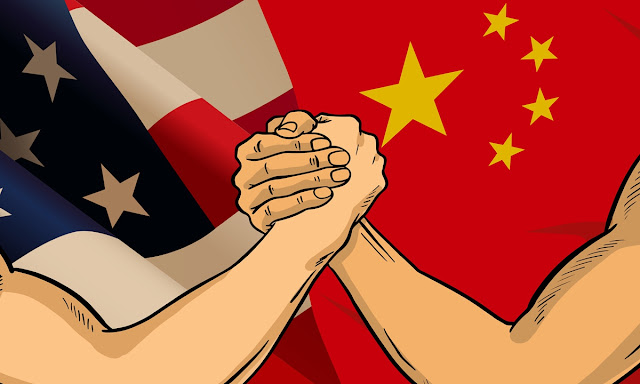 Kritenbrink said US diplomacy with China will also be intense to ensure there are no miscalculations that lead to conflict between the two countries. "At the same time, we hope to cooperate with China in several fields such as climate change, the issue of Iran, as well as the Covid-19 pandemic," he explained.
Kritenbrink reiterated the US desire for a free and open Indo-Pacific region. According to him, the Indo-Pacific region is a central area for the future security and prosperity of the United States. Kritenbrink said the US did not force ASEAN countries to take sides in the feud between the US and China.
"I have a lot of friends in ASEAN and they tell me not to discuss partiality. Friends in ASEAN don't want to be in a situation of choosing between the US or China. The US has never forced it," he said.
The US, he continued, would continue to increase cooperation with ASEAN countries in terms of trade, health, economy, and military.