A recent report by the United States Department of Defense (USA) revealed that China has the largest maritime force on earth. The Bamboo Curtain country has 355 ships.
Ummatimes - The Chinese Navy known as the People's Liberation Army Navy (PLAN) has 355 ships and submarines. It is estimated that they have 145 surface battleships.
As quoted from the Jerusalem Post, Monday (8/11) in the report, it is stated that the Chinese Navy is ready to fire long-range accurate shots at targets on land and is able to strengthen its anti-submarine warfare capabilities. This strengthens China's projections as a global power.
This number is still an estimate and is likely to increase in the future. The US Department of Defense anticipates that there will be an additional 460 Chinese ships by 2030. 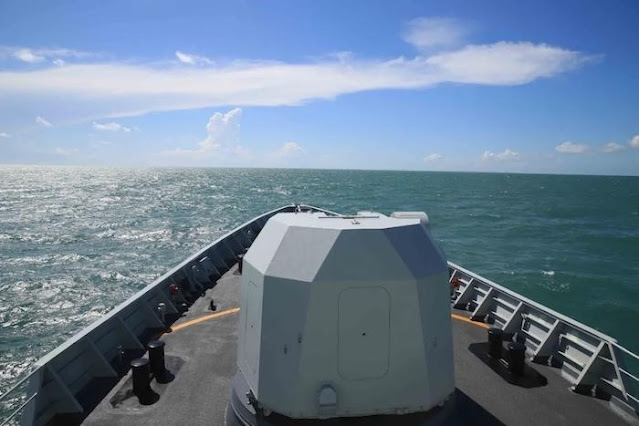 In addition to the largest navy in the world, China also has the largest fighting force in the world and the third largest air force in the world. China also has nuclear capabilities.
This report is important because it was released amid tensions between China and Taiwan which they claim are heating up. Beijing rejects Taiwan's democratically administered independence claim.
Over the years China has frequently barged into Taiwan's airspace. Most occurred on October 1 last. One month later the US and Canada sent warships to the Taiwan Strait, Beijing immediately condemned the move.
On Friday (5/11) China reaffirmed its stance on Taiwan independence. Beijing says anyone who supports Taiwan independence can be sentenced to life in prison. It is the first time China has issued a concrete law for those who are pro-Taiwan independence.