WFP Executive Director David Beasley said 95 percent of Afghans do not have enough food and 23 million people are on the verge of starvation. According to Beasley, the next six months will be catastrophic.
"This is as bad as you can imagine. In fact, we are now seeing the worst humanitarian crisis on earth," Beasley said, quoted by BBC News, Monday (8/11).
Ummatimes - Before the Taliban took over Afghanistan in August, there was confidence that President Ashraf Ghani's government would be able to overcome the threat of a bad winter with the help of the international community. But aid stalled when Ghani's government collapsed.
Western countries have suspended aid to Afghanistan since the Taliban returned to power. Beasley challenged governments and billionaires from developed countries to provide assistance to meet the urgent needs of Afghans. 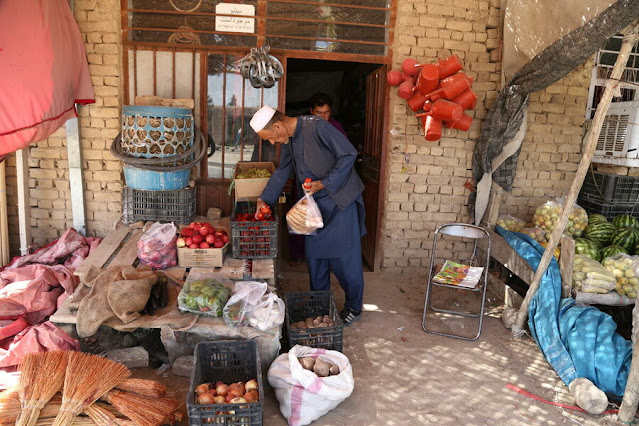 "To the world's leaders, to the billionaires, imagine this is your little girl or your son, or your granddaughter who is going to starve to death. You will do everything you can, and there is $400 trillion worth of wealth on earth today. this," said Beasley.
Afghans will face the winter with fear and food shortages. In Maidan Wardak, hundreds of people gather in hopes of getting flour from official distribution points.
This flour is provided by the World Food Program (WFP). Taliban soldiers stand guard at the food aid distribution site to prevent a ruckus. But the residents who are queuing to receive information, food ingredients are only distributed to those who meet the requirements. This makes them angry and scared.
"Winter is almost here. I don't know how I'll make it through if I can't make bread," said an elderly man.
WFP is faced with the need to increase aid supplies to more than 22 million Afghans. Experts predict this winter will be accompanied by bad weather due to global warming. Thus, most Afghans are at risk of widespread acute famine.
In the city of Bamiyan, central Afghanistan, a widow named Fatema, and her seven children aged from three to 16 years old live in poverty. Fatema's husband recently died of stomach cancer. Fatema lives in a cave near a cliff.
Under Ghani's rule, Fatema was able to get a fairly regular supply of flour and oil. But since the Taliban returned to power, he no longer receives those supplies.
Fatema works weeding the land in a nearby farmer's field to earn money. However, the drought that hit his area made Fatema out of work. "I was scared. I had nothing to give the children. I had to go out and beg," said Fatema.
Some parents are forced to sell their daughters to older men, to earn money. But Fatema refused to do that. Winter was coming soon, and most of the people who had the fate of Fatema would be on the verge of doom.