The Palestinian Authority on Sunday (7/11) condemned Israeli Prime Minister Naftali Bennett's refusal to reopen the US consulate in East Jerusalem.
"There is no place for an American consulate to serve Palestinians in Jerusalem," Bennett said Saturday night.
Ummatimes - Palestinian Minister of Civil Affairs Hussein al-Sheikh said Bennett's remarks "are a new challenge to the administration of President Joe Biden which has repeatedly announced its intention to open a consulate in East Jerusalem."
Meanwhile, the Palestinian Ministry of Foreign Affairs said in a statement that Bennett's statement was "a blatant challenge to the decisions and policies of the US administration." 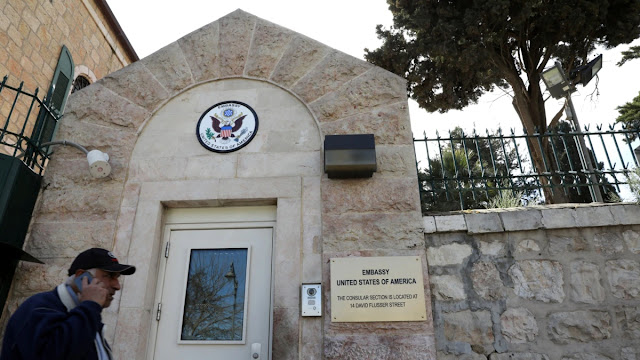 In May 2018, the US government moved its embassy from Tel Aviv to Jerusalem and in October of the same year former US secretary of state Mike Pompeo united the US consulate in East Jerusalem with its embassy in the city.
A year later in March 2019, the US consulate closed and no longer serves Palestinians.
In May this year, US Secretary of State Antony Blinken announced that Washington intends to reopen its consulate in East Jerusalem and continue financial assistance to the United Nations Relief and Works Agency for Palestinian Refugees in the Near East (UNRWA).