WHO: Only 1 in 4 African Medical Officers Have Been Vaccinated

WHO: Only 1 in 4 African Medical Officers Have Been Vaccinated

The regional office of the World Health Organization (WHO) said it saw an increase in deliveries of Covid-19 vaccine doses to Africa. But only one in four medics on the continent are fully vaccinated.
Ummatimes - WHO Africa director Matshidiso Moeti said the most common reasons for low vaccination rates among medical workers were doubts about receiving vaccines and unavailability of vaccines on the continent of 1.2 billion people. Moeti said vaccine services are scarce in rural areas.
This is much different from the situation in developed countries. A recent WHO study found more than 80 percent of medical and care workers in most 22 high-income countries were fully vaccinated.
Moeti said the low vaccination rates for medical workers in Africa endangered not only their own health and well-being but also the patients they cared for. "(Countries) will immediately accelerate the distribution of vaccines to the vanguard," said Moeti as quoted by Africa News, Sunday (11/28).
Currently Africa lacks medical personnel. In most African countries, health care is not easily accessible. The government relies on health centers in various communities to distribute vaccine doses, especially in rural areas.
Moeti said there are still many medical workers in these communities who are concerned about the safety of the vaccine and its side effects. In Africa's most populous country, Nigeria, only 300,000 or 18 percent of the 1.6 million medical workers are fully vaccinated. 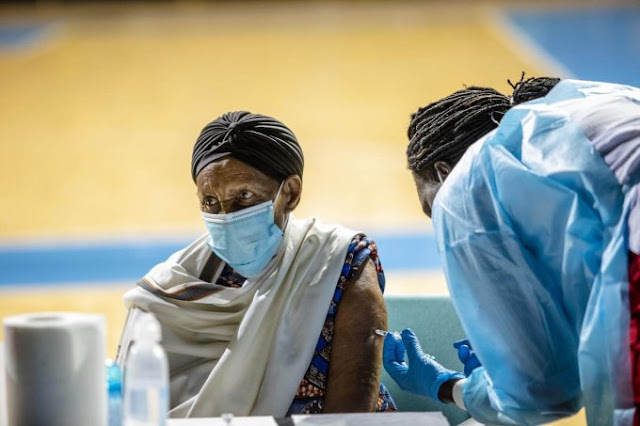 Meanwhile São Tomé and Príncipe, Lesotho and Cape Verde have the highest vaccination rates for medical workers in Africa. The WHO says new research finds only 40 percent of medical workers intend to receive the vaccine.
In Ethiopia less than 50 percent hope to get a vaccine. The Nigerian National Association of Nurses and Midwives said to boost vaccination rates in medical workers, nurses and midwives should be involved in vaccination programmes.
"Through health education many people can be trusted to receive the vaccine. When nurses are directly involved we can achieve a lot more," said Michael Nnachi, president of Nigeria's National Association of Nurses and Midwives.
Moeti said only seven percent of the African population had been fully vaccinated. Mostly because of doubts about vaccines and delays in the arrival of vaccine supplies. However, after months of vaccine shortages, Africa is now seeing an acceleration in vaccine availability. With the increasing supply of vaccines on the continent, more and more governments are implementing mandatory vaccines, especially for government employees and public spaces.