A women's rights activist and economics lecturer, Frozan Safi (29) was shot dead in northern Afghanistan.
Ummatimes - According to The Guardian, Frozan Safi's body was identified at a morgue in the town of Mazar-i-Sharif after being reported missing on October 20.
"We recognized him from his clothes. The bullet had crushed his face," said Safi's sister, Rita, who is a doctor.
"There were bullet wounds everywhere, too many to count, in his head, heart, chest, kidneys and legs."
"The engagement ring and bag have been taken," added Rita. 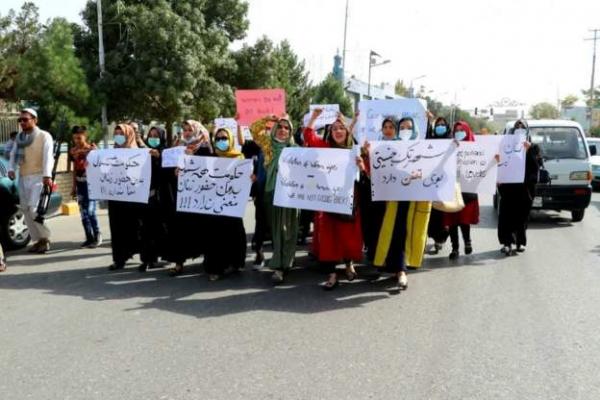 On Thursday, Taliban security forces brought the bodies of two unidentified women who had been shot dead to a hospital in Balkh province, a doctor named Meraj Faroqi said.
The Taliban's official for information affairs in Balkh province, Zabihullah Noorani, said the bodies of the two women were found next to two men's in a house in Mazar-i-Sharif.
He suspected that the bodies found could be victims of personal conflicts.
Since mid-August, women in Afghanistan have been aggressively protesting against the Taliban.
They demand that their rights be fulfilled and protected.
The Taliban are known to restrict girls from going to school to the extent that they forbid women from working or playing sports.
The current government also consists of only men.
On Thursday, Human Rights Watch said a Taliban rule banning women from doing social work would accelerate a humanitarian crisis.
The activists said they were being hunted by the Taliban by infiltrating and intimidating women's groups.

Around the end of last month, Frozan is said to have received a call from an unknown number.
The person on the line told him to collect evidence of his work as an activist and go to a safe place.
Frozan believed the instructions because he was in the process of applying for asylum in Germany.
The 29-year-old woman, said Rita's sister, immediately cleaned up the documents, including her diploma and left the house.
"We just don't know who killed him," said Rita.
Frozan and Rita's father, Abdul Rahman Safi, said his daughter's body was found in a pit not far from the city and registered as an unknown person.
Frozan's fellow activist Zahra told The Guardian that she and Frozan together staged a protest in Mazar-i-Sharif against the recent Taliban rule.
"My WhatsApp has been hacked. I don't dare open social media now," said Zahra.
Extremist groups in Afghanistan have launched violence against protests, including against women activists.
Women who took part in the demonstrations were reportedly beaten with sticks and mistreated journalists covering the event.