US President Joe Biden and Chinese President Xi Jinping shared conflicting visions at the Asia-Pacific Economic Cooperation (APEC) meeting. Biden stressed the US commitment to a 'free and open Indo-Pacific'.
Ummatimes - According to Washington, China's economic 'coercion' practices are on the rise. Meanwhile, Xi warned of a possible return to Cold War tensions.
"(The world) must stand for dialogue over confrontation, inclusivity over isolation, and integration over separation," Xi said in his speech at the APEC meeting in New Zealand, Friday (12/11).
Biden has made climate change his priority and this week the China-U.S. launched a deal to cut methane emissions, stop coal consumption and protect forests. The agreement of the two largest carbon emitters in the world was announced at the United Nations Climate Change Conference in Glasgow, Scotland. 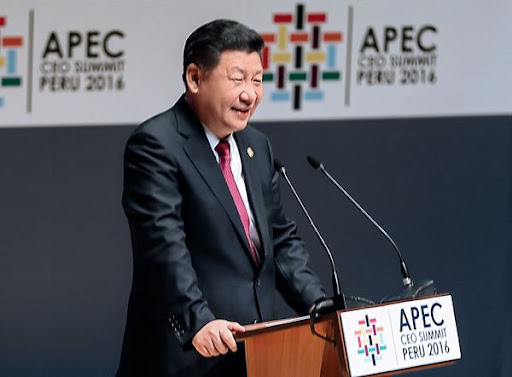 But the two superpowers are increasingly clashing over Taiwan. Beijing claims the democratically administered islands are part of its territory. Meanwhile, Washington provides Taiwan with the means to defend itself from Chinese attacks.
This week US Secretary of State Antony Blinken angered China when he said Washington and its allies would take "action" if China used force to change Taiwan's status quo. Blinken did not reveal what steps would be taken.
This statement clouded the US policy of 'strategic ambiguity', namely the gray attitude of whether the US will use the military to defend Taiwan. The top US diplomat for Asia under Barack Obama, Daniel Russell, said both Biden and Xi were concerned about the risk of a military incident increasing.
"Biden knows the tools for crisis prevention and response are rusty, so we should expect him to push to put in place safeguards or 'guard fences' to reduce risk," he said.
Russell said the call between Biden and Xi on September 9 began with the Chinese president's list of complaints. But it ended in a constructive agreement for the two governments to resume talks.
"This indicates the personal relationship that Biden built with Xi a decade ago is still strong and any conversation can add stability," Russell added.