A total of 16 Western countries on Thursday (12/23/21) signed a joint statement on the presence of Russian mercenaries in Mali, a volatile country in West Africa. In the statement, they denounced the mercenaries often referred to as the Wagner group.
Earlier this year, there were rumors suggesting that the Malian government would hire Wagner mercenaries from Russia for the security of its country. The move was regretted by European countries, as the group is known to have committed a series of human rights abuses in places such as Libya and Syria.
Mali has suffered from various problems at home and abroad. The country's politics and economy are in chaos. In just 9 months, Mali has experienced two coups. They have also long faced the challenges of extremist groups active in the Sahel desert.

Western countries deeply regret the decision of the Malian government to hire Wagner mercenaries, a secret group of troops said to be from Russia. The West says it is better for Mali to use the country's money to strengthen its own troops than to hire mercenaries.
The existence of the Wagner group in Mali is also feared to lead to an increase in human rights violations in the country. This is based on the note that the Wagner group has red report cards in several countries such as in Libya and Syria.
Reported by the BBC, as many as 16 Western countries on Thursday issued a joint statement condemning the presence of Wagner mercenaries in Mali. The 16 countries are Belgium, Canada, Czech Republic, Denmark, Estonia, France, Germany, Italy, Lithuania, Netherlands, Norway, Portugal, Romania and Sweden and the United Kingdom.
The United States (US) did not participate in the signing of the joint statement, but did condemn the existence of Wagner's mercenaries.
The Western countries' concern is that the Wagner group could "further exacerbate the security situation in West Africa" ​​which is battling the Islamic State splinter jihadist group. 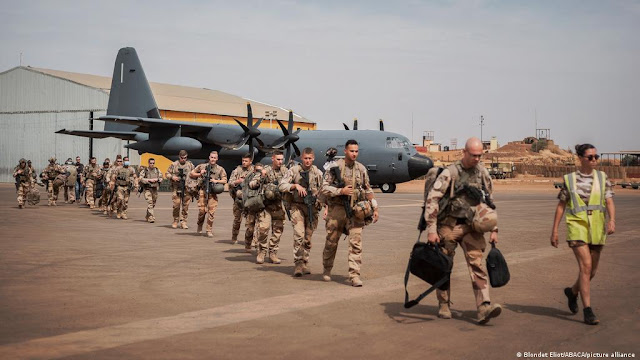 In addition to condemning the presence of Wagner's mercenaries in Mali, in a joint statement more than a dozen Western countries said they accused Russia of supplying the mercenaries with weapons.
According to Deutsche Welle, the Western countries called on Russia to "return to responsible and constructive behavior in the region."
The Russians deny that they are involved with the private mercenary forces. They deny having no involvement with the Wagner group.
Recently, the bad track record of the Wagner group has made the European Union (EU) impose sanctions. The Wagner group is accused of being involved in many serious human rights violations.
The existence of the Wagner group from Russia, which is said to be very secret, began to be known to the public when they were involved in the conflict in eastern Ukraine. At that time, Ukrainian separatist forces were fighting against the central government.
In the conflict that occurred in 2014, about 14,000 people were killed. Wagner's group is said to be helping Ukrainian separatist forces fight the government.

Mali is one of the centers of turmoil for the Islamic State splinter group, which then spread to several neighboring countries. Mali then turned to France for help in tackling the extremist group.
As a former colonial country, France became a patron for Mali and then sent thousands of troops in a series of military operations. The currently active military operation is called Operation Barkhane.
This month, France has withdrawn thousands of troops based in northern Mali's military base. The move was in line with President Emmanuel Macron's pledge to reduce French troops by 2,000.
The main reason for the troop withdrawal is not clear, but it is suspected that Mali has experienced domestic political turmoil such as military coups twice in just 9 months.
According to France24, President Macron plans to visit Mali this week to meet the coup leader, Colonel Assimi Goita. He wanted to raise concerns about the deployment of Wagner's mercenaries.
But the planned visit fell through due to rising COVID-19 infections in France, which has kept the country's government busy again to contain the outbreak from spreading.
Since information about the Wagner group was revealed to the public in 2014, some records show that the group has also been active in Mozambique, Sudan, the Central African Republic and others. Their actions were accused of committing many human rights violations.