In Ravanusa, southern Sicily, Italy, an apartment on Saturday night, December 12, 2021, was reportedly destroyed by an explosion. So far, the explosion is thought to have come from methane gas.
Ummatimes - The explosion killed four people and five others are still missing. Emergency responders who also include firefighters are still searching for missing victims. Some pictures circulating on social media show that the apartment has been reduced to rubble.

1. Two women were rescued from a pile of rubble

The explosion that destroyed the apartment in Ravanusa, has shocked many people. After the explosion, Carmelo D'Angelo, the mayor of Ravanusa said in a social media post that "a disaster has occurred."
Reported by The Guardian, the apartment was a four-story building and collapsed. Italy's civil protection service reports that the death toll is currently at four. 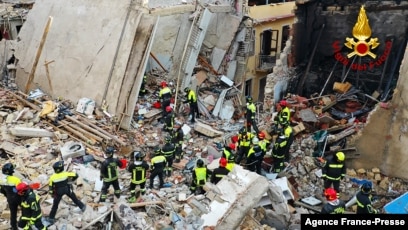 Rescue teams using a variety of equipment, including sniffer dogs, on Saturday night offered some good news. They found two women who were still alive under the rubble of the building.
Currently, the rescue team of about 250 people who were deployed, continues to search for other victims who are reportedly still missing. It is estimated that there are five people.

Italian authorities explained that for the time being, the devastating explosion was believed to have originated from methane gas leaking from a damaged pipe. According to MSN, Salvatore Cocina, the head of civil defense, said the explosion was "Like Beirut", referring to the explosion that occurred in Beirut's port in 2020.
In a further explanation, Cocina reported that an area of ​​10,000 square meters was partially destroyed and four houses collapsed. 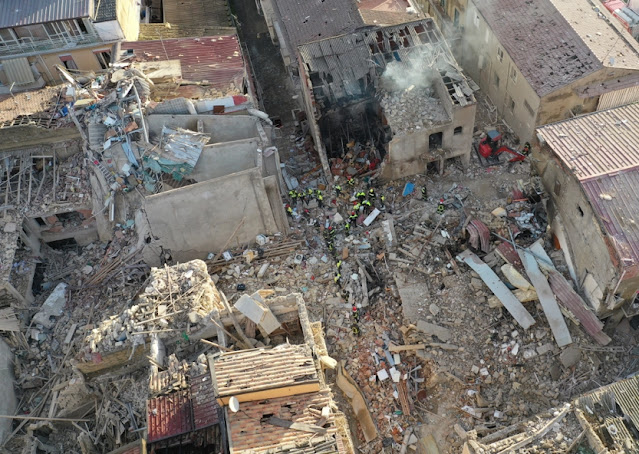 The fire brigade team, who went straight to the blast site, initially did not dare to intervene because according to them, there was a "very large" gas leak underground.
Agrigento Giuseppe Merendino, one of the firefighters explained "the explosion was probably triggered by the activation of the elevator. In the coming days we will investigate further, but for sure such an explosion is an extraordinary event."
One of the victims reported to be still missing is a pregnant woman. Until now, the search is still ongoing.

3. None of the children in the victims reported are still missing

The loud explosion occurred around half past nine in the evening. Two apartment blocks were blown apart and several houses near the blast were also reportedly badly damaged.
Filppo Barbera, a priest who was celebrating mass nearby said he heard a loud rumbling sound and saw flames rising from several houses. Reported by VOA, Barbera said "this is a great tragedy. Let us pray to God to avoid more deaths," he said.
Initially it was reported that some of the missing victims were children. But after further investigation it was stated that the missing victims were not from the group of children. The local prosecutor's office has launched an investigation to find out the main cause of the explosion.