Bahrain appointed its first ambassador to Syria in a decade, Thursday (30/12). Since Syria was hit by civil conflict in 2011, Bahrain has decided to downgrade ties with the country.
The Bahrain News Agency (BNA) reported that the person who will become the new Syrian ambassador is Waheed Mubarak Sayyar. It is not clear when Sayyar will start actively working in Damascus. Although Bahrain has recently appointed its ambassador to Syria, its embassy in Damascus is still operating. This also applies to the Syrian embassy in Manama.
Ummatimes - Since being smothered by civil conflict in 2011, Syria has been expelled from the Arab League. Arab League member states have also criticized Assad for failing to negotiate with the opposition and using excessive military force to silence them.
In December 2018, former Sudanese president Omar al-Bashir visited Syria and met Syrian President Bashar al-Assad. He became the first Arab League leader to visit Damascus since Syria was hit by civil conflict. 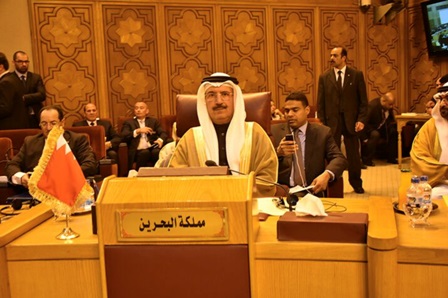 During the visit, al-Bashir expressed his hope that Syria could soon recover its important role in the region. He also emphasized Sudan's readiness to assist in all things needed to restore Syria's territorial integrity.
Since then, a number of other Arab League member states have begun to thaw their relations with Syria. At the end of 2018, the United Arab Emirates (UAE) reopened its diplomatic mission in Damascus. Oman became the first country to re-employ its ambassador to Syria in 2020.
In November, Assad met with the UAE's foreign minister. They called for Syria to be readmitted to the Arab League. The UAE is one of several countries in the region to support rebel groups in Syria. However, Abu Dhabi's role is relatively small when compared to Saudi Arabia and Qatar. So far, Riyadh and Doha have not re-established relations with Damascus.