Bird Flu is on the rise again in China, what variant?

Bird Flu is on the rise again in China, what variant?

In December this year, a case of H5N6 bird flu infection was found in Guangdong, China.
This year, China experienced an increase in the number of positive infections of the H5N6 virus. In fact, some people with H5N6 died.
This is a fear for health workers. Then, what is the H5N6 virus in China?
Ummatimes - Launching the sciencedirect.com page, there are various influenza virus infections such as H5N1 bird flu, H1N1 swine flu, H7N9 influenza, and H5N2 influenza. However, there is also a new variant of the H5N6. The start of this variant in humans was reported as early as May 2014 in China.
H5N6 then infects Chinese society again in 2021. Launching the reuters.com page, this variant has not only infected Guangdong Province, but has spread to Sichuan, Chongqing, Guangxi, Anhui, and Hunan.
H5N6 is actually an influenza virus for poultry. Thus, this variant is a cross-species infection. Carriers of this virus usually originate from waterfowl, especially migrating wild ducks. There are indications that this infection has spread to domestic birds from wild birds. Then, it can infect humans through feces or close contact with birds. 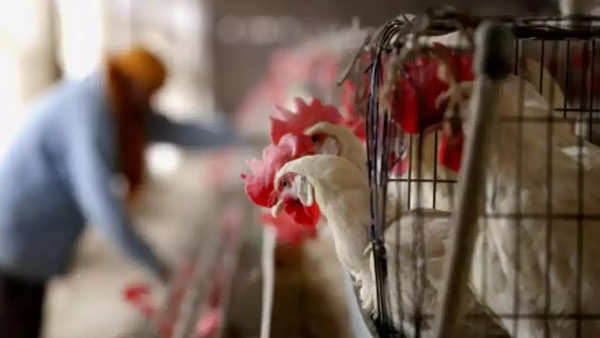 This variant is included in the influenza A variant, which is divided into two categories, namely High Pathogenic Avian Influenza (HPAI) and Low Pathogenicity Avian Influenza. (LPAI).
Both categories can spread rapidly in flocks of birds and cause serious disease in humans. Usually, birds infected with this virus rarely show signs of disease when spreading to other animals and humans.
Launching the cdc.gov page, infected birds excrete the flu virus with their saliva, mucus, and droppings. Then, this infection can infect humans if the amount of flu virus that enters the eyes, nose, or mouth of humans is large.
In 2014, humans contracted bird flu from cleaning or having contact with infected birds. Launch the webmd.com page, this variant has reported few cases of human-to-human transmission.
Even if there is transmission, close transmission, such as between mothers who contracted the virus while caring for their sick baby. The first human reports of avian influenza in China were an elderly male patient with acute respiratory symptoms, pneumonia, and death.