The government of Bosnia-Herzegovina on Tuesday (7/12/2021) arrested five Muslim war criminals at the outbreak of the Bosnian War in the 1990s. The perpetrators are alleged to have committed human rights violations and targeted Serb civilians living in Bosnia.
Ummatimes - Until now, even though they have made peace, the divisions between ethnic groups in Bosnia-Herzegovina are still ongoing. In fact, the former Yugoslav state had to have three leaders representing ethnic Bosnians, Bosnian Serbs and Bosnian Croats. 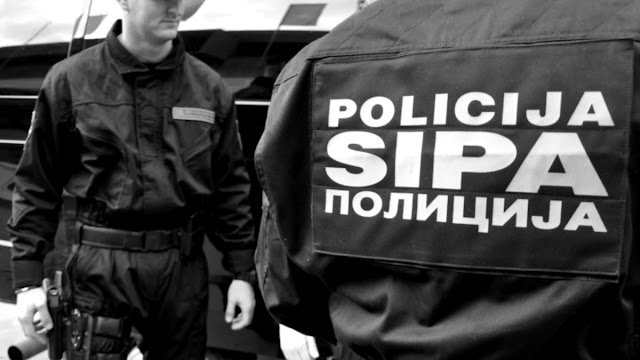 1. Former Bosnian military suspected of being war criminals against Serbs

The arrests of these five war criminals were carried out by the Investigation and Protection Agency of Bosnia-Herzegovina (SIPA). This arrest was the third operation carried out by SIPA in the last two weeks.
Quoted from RFE/RL, SIPA revealed that the five ex-militaries were suspected of having killed eight Bosnian Serb civilians and tortured more than 100 people. They were called forced detention, abuse, forced labor, and physical and mental torture.
The detention of civilians has been carried out illegally in prisons or camps that use former schools or other buildings in Sarajevo. "They were accused of murdering eight people who were forcibly detained. Among them the suspects were the masterminds behind the killings," said the SIPA representative.

2. SIPA cooperates with the Serbian Police to uncover the perpetrators

Balkan Insight reported that the victims were ethnic Serbs Hrasnica, Butmir and Sokolovic Kolonija who live south of the capital Sarajevo. Survivors are known to have experienced deep trauma and long-term psychological and physical repercussions.
In addition, this arrest is the result of good cooperation between the Serbian Police and law enforcement in Bosnia. The reason is that law enforcement agencies in Serbia provide information on the victims who are now living outside Bosnia.
On December 3 last, seven people were arrested by SIPA for allegedly participating in the killing of 22 ethnic Bosnians in Balatun, of which seven were children. Meanwhile, three of the perpetrators were members of the Bosnian Police from Serb ethnicity.
Meanwhile, four days earlier, SIPA had also arrested nine people in Novi Grad who were suspected of being perpetrators of human rights violations, reported by RFE/RL.

Responding to the arrest of the seven perpetrators of human rights violations from Serb ethnicity. Thousands of Bosnian Serbs demonstrated in front of the Bosnian District Court Building and demanded justice for Serbs who were also killed in the Bosnian War.
So far, Bosnian Serbs feel that the justice system is not on their side and tends to side with Bosnians. They also asked for further sentencing of Sakib Mahmuljin, who is a former Commander of the Third Bosnian Army Corps who is suspected of having killed the Serb detainee, according to Balkan Insight.
Reporting from Euronews, the Bosnian War took place between 1992-1995 which killed more than 100 thousand people. However, the majority of those killed were Bosnian Muslims.
Meanwhile, the war in Bosnia broke out after the Bosnian-led government declared independence from the Serb-led Yugoslavia. This conflict caused millions of people to flee when Bosnian Serb forces occupied most of its territory and forced other tribal populations to flee.
However, Serb civilians have also become victims of war crimes by the Bosnian Muslim forces who carried out an uprising in Sarajevo. This war finally ended after the US became a mediator of the peace agreement in 1995.