Reporters Without Borders (RSF) reports that China has detained at least 127 international news journalists and bloggers. The detentions are due to the Chinese Communist Party continuing a crackdown on the media initiated by President Xi Jinping.
Ummatimes - Currently, China is ranked 177 out of 180 countries in the World Press Freedom Index in 2021. China ranks two places above North Korea. In a report published on Tuesday (7/12), RSF Secretary General, Christophe Deloire, said China was increasingly backward because Chinese citizens continued to lose press freedom.
Chinese journalists and writers have become targets of the campaign and face charges such as espionage, subversion and verbal exchanges. They include whistleblowers such as Zhang Zhan, a Chinese lawyer who was sentenced to four years in prison for documenting the early days of the Covid-19 pandemic in Wuhan. Then Chinese-Australian news anchor Cheng Lei who works for Chinese state media CGTN, was formally arrested in February and accused of supplying state secrets overseas. 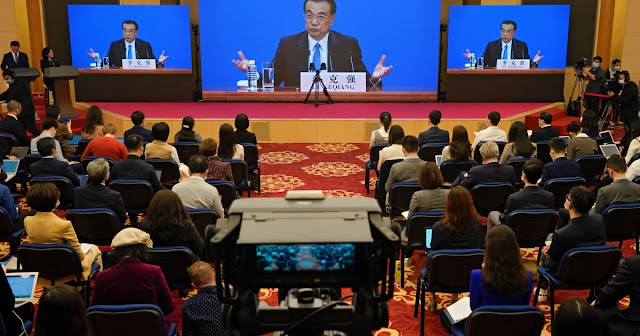 Prior to their official arrest, many journalists were held for six months under Designated Site Housing Supervision (RSDL). RSDL is a form of detention commonly used by Chinese authorities against individuals accused of endangering state security.
The RSDL was instituted in China when President Xi came to power. This practice allows authorities to keep a person in solitary confinement, under constant surveillance at a designated facility. This practice is often described as torture by those who have experienced it.
Cheng was detained in August 2020 and reportedly undergoing RSDL before he was formally charged six months later. So far, Cheng's verdict has not been announced.
According to RSF, nearly two-thirds of journalists detained in China are Uighurs. Most of them help raise awareness about China's campaign of repression against Muslim ethnic minorities, and other groups in the Xinjiang region.