The Chinese government has distributed aid to thousands of Filipinos affected by Typhoon Rai. So far, 375 people have been reported dead and 56 missing.
"Our hearts go out to all the Filipino families who were devastated by Typhoon Rai which has caused heavy casualties as well as property loss," said China's Ambassador to the Philippines Huang Xilian in a statement on Tuesday (21/12).
Ummatimes - Huang said his embassy in Manila had prepared 20,000 food packages worth about 8 million pesos. Each package contains five kilograms of rice, 10 canned foods, and 10 packs of instant noodles. "With the help of the local Filipino-Chinese community, these relief items are on their way to Cebu, Leyte, Negros Occidental, Bohol, Cagayan de Oro City, Surigao City, (and) Negros Oriental," he said.
Huang said that 4.275 million kilograms of rice donated by the Chinese government was already in various Philippine ports. As many as 1.5 million of them are already in Cebu. Meanwhile, 3.225 million are in Manila and will be distributed to affected areas. 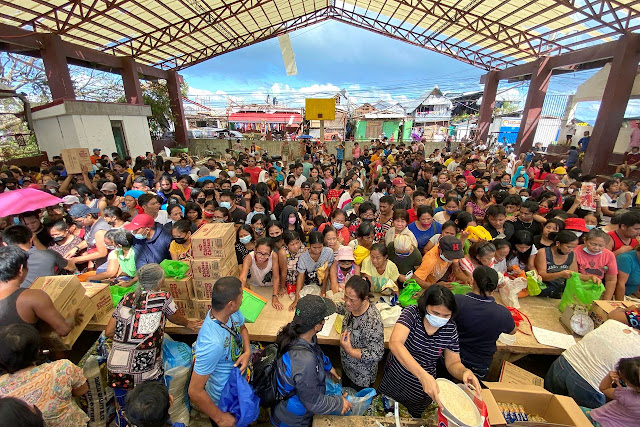