China has removed Chen Quanguo from the position of head of the Communist Party in the Xinjiang region which has overseen a crackdown on ethnic Uighurs and other Muslims in the name of fighting religious extremism.
Chen Quanguo, who has held the position since 2016, will be transferred to another post and Ma Xingrui, governor of Guangdong Province since 2017, has replaced him, the official Xinhua news agency said on Saturday. why Chen was replaced.
Ummatimes - UN researchers and human rights activists estimate that more than one million Muslims have been detained in camps in western China's Xinjiang region. China rejected accusations of human rights abuses, described the camps as vocational centers designed to fight extremism, and in late 2019 said everyone in the camps had "graduated".
Chen, 66, is a member of China's politburo and is widely regarded as the senior official responsible for the security crackdown in Xinjiang. He was sanctioned last year by the United States. 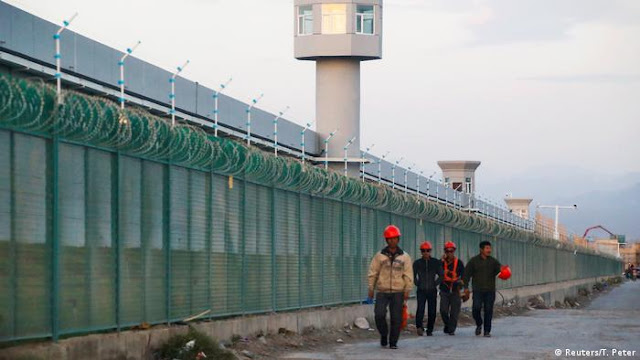 On Thursday, US President Joe Biden signed into law a ban on imports from Xinjiang over concerns about forced labour, prompting condemnation from China.
Several US lawmakers and foreign lawmakers, as well as US secretary of state in the Biden and Trump administrations, have called China genocide against Uighurs.