Israel's parliamentary committee on Sunday (12/12/2021) decided to stop providing personal escort to the wife and son of former Israeli prime minister Benjamin Netanyahu. The decision took effect on Monday, exactly six months after Netanyahu was ousted from power.
Ummatimes - The decision means that Sara Netanyahu and her sons, Yair and Avner, will no longer receive state-funded cars and drivers. When his father became prime minister, Yair proudly asked his driver to take him and his friends to a strip club in Tel Aviv. The driver recorded the conversation and leaked it to the press, as quoted from The Jerusalem Post.
However, Netanyahu pleaded with him to keep asking for an escort because he said his family was regularly targeted with death threats. Meanwhile, Netanyahu himself will remain protected by the Shin Bet (security agency) for the next 20 years. 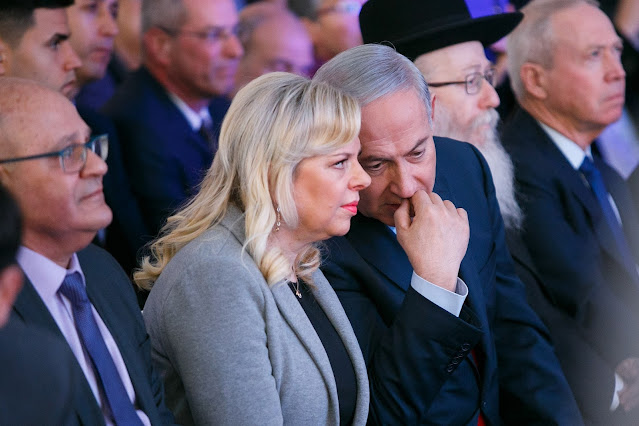 Netanyahu was ousted from prime minister's office in June after a constellation of political parties united in their opposition managed to form a government without the long-ruling Likud party. The former prime minister, who held the position for 12 consecutive years and three in the 1990s, is now the leader of the opposition.

1. There is no threat to the Netanyahu family anymore

Under standard procedure, security facilities and a private driver are provided to the family of the former prime minister for the first six months after leaving office. But in January, at Netanyahu's insistence, the limit was extended by a ministerial committee to one year.
On Sunday, the same ministerial committee adopted a recommendation from the Shin Bet security service to reduce the period to six months. It said there was no immediate threat to Netanyahu's wife or children.
“When the Shin Bet, Israeli Police and Mossad said that there was no threat to the Netanyahu family, the decision was easy. I rely on the Shin Bet and the police if there is such a threat, it will be exposed and dealt with,” tweeted Minister of Public Security Omer Barlev. AP News.

According to the Times of Israel, Netanyahu denounced the decision, saying it was politically motivated and called it "outrageous and irresponsible". The former prime minister said there were explicit threats to kill members of his family.
According to him, the committee's move was made against the recommendations of the Magen agency responsible for the protection of current and former prime ministers and their families. In response, Magen said that it is an operational agency, not an intelligence unit, and therefore relies on the professional opinion of the Shin Bet.
Netanyahu criticized the decision on his Facebook page. He also sent a letter to the Prime Minister's Office asking for high-level protection to be extended and saying that local and foreign actors could still target them.

3. Claimed to have received threats from a number of parties

In the letter he sent to PM Bennet, he explained that Iran or any other enemy country could try to harm his family. Last week, a man was charged with harassment over a tweet in which he threatened to sexually harass Sara Netanyahu.
Netanyahu also revealed a letter that arrived at his office in recent days that read Despicable Yair.
"We are four Israelis abroad. We will soon return to the country to kill you and your trash father," the letter read, calling Sara Netanyahu a prostitute.
In response, PM Bennet said Netanyahu's request would be wasting state coffers for the benefit of his family only. He also views Netanyahu as a liar.