Ethiopian government: Military will not cross into Tigray

Ethiopian government: Military will not cross into Tigray

Ethiopian government spokesman Legesse Tulu said currently Ethiopian troops would remain in the two areas that were retaken from the rebels and not enter the northern region of Tigray. This was announced a day after aid sources said Ethiopian troops attacked the main Tigray power plant.
However, he explained, the government will take all necessary steps to ensure that the rebel group in Tigray, the Tigray People's Liberation Front (TPLF), does not pose a threat. He said the rebels had been hit.
"According to our current assessment, the enemy has been hit hard and can no longer execute his hopes," Legesse said at a press conference on Friday (12/24). 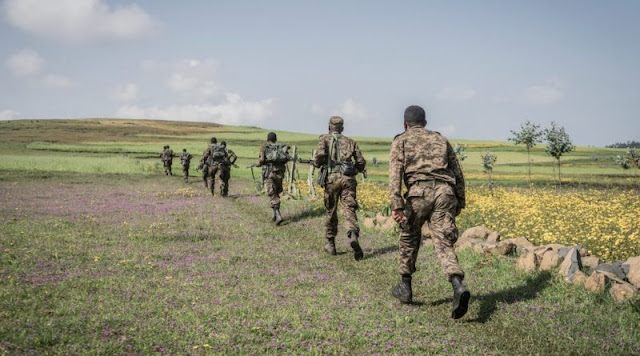 The conflict between TPLF government forces has been going on for a year. Ethiopian troops held on to Tigray for the first eight months of the war before being pushed back in June.
Then TPFL troops captured the Amhara and Afar areas in July. They said they wanted to break the humanitarian blockade on Tigray but finally withdrew this month after suffering a crushing defeat on the battlefield.

The Ethiopian government has denied UN accusations that Addis Abba is blocking food aid to Tigray, which is on the verge of starvation.
African regional media and two sources from humanitarian aid agencies said that as of Wednesday (12/22), air strikes on Tigray were still ongoing. An airstrike hit a power plant in Mekelle, the capital of the Tigray region.
One of the sources said their comrades were hospitalized for injuries while near the substation. The attack jeopardized access to electricity in northern Ethiopia, which has been ravaged by 13 months of conflict.
Neither Legesse nor Ethiopian military spokesman Colonel Getnet Adane answered questions about the attack. According to one source, since the attack the electricity throughout Mekelle went out.
Since Ethiopian government troops left Tigray last June, electricity and telecommunications access to the region have been cut off. Tigray's access to national electricity sources is also very limited. The United Nations has urged the Ethiopian government to return electricity to the region.