The Palestinian Ministry of Health on Sunday said it had identified the first case of the Omicron variant in the Gaza Strip.
The Omicron carriers are Gazans infected in the coastal area, ministry official Majdi Dhair, reported by Reuters, December 26, 2021.
Ummatimes - Dhair said this means the variant, which was first identified in southern Africa and Hong Kong last month, is in Gaza and is now spreading among residents. The discovery poses new challenges for the enclave's underdeveloped health system. 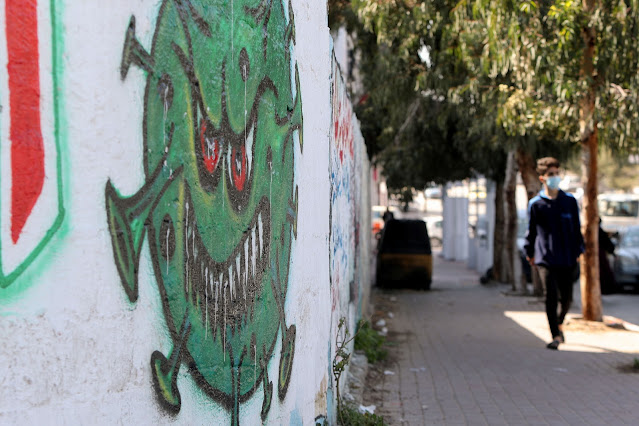 "We are facing tough days. It is expected that the Omicron variant will spread rapidly," he said.
Gaza, with a population of 2.2 million people, has recorded 189,837 COVID-19 infections and 1,691 deaths.
Dhair urged Gazans to be vaccinated because only about 40 percent have been vaccinated.
In the Israeli-occupied West Bank, three cases of the Omicron variant were detected among Palestinians on December 16 and the number rose to 23 among the 3.1 million population, the Palestinian health authority said.