Getting to Know Slavery, an Inhumane Forced Labor System

Getting to Know Slavery, an Inhumane Forced Labor System

Human slavery is a phenomenon far from humanity's fairy.
Its highly exploitative system made slavery victims suffer. So, what exactly is slavery?
Ummatimes - The definition of slavery is very broad. The Slavery Convention issued in 1926 article 1.2 defines slavery as all acts involving the capture, acquisition or disposal of a person with the intent to make him into a slave, all acts involving the acquisition of a slave with the intention of selling or exchanging him, all acts of release by sale or exchange. the exchange of slaves acquired with the intent to sell, and in general, slavery was defined as any act of trading or mobilizing slaves by various means.
The definition of slavery according to the Slavery Convention in a nutshell also means that every slave is forced to work and does not have the right of opinion to choose his job, including where he works, with whom he works, and how he will work. 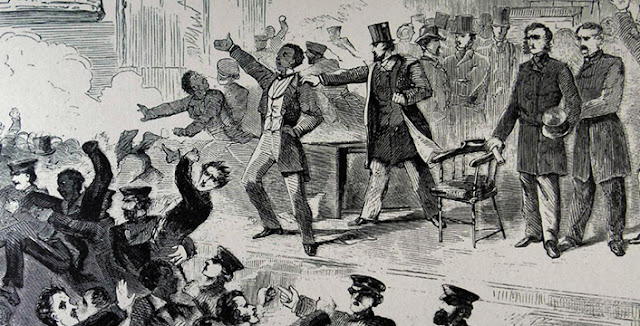 The definition of slavery was then expanded by the ILO or the International Labor Organization in 1930 in Article 2.1 of the Forced Labor Convention, namely all work or services required of any person under the threat of punishment and the person is not given the option to choose voluntarily.
Conceptually, slavery can be interpreted as a condition where a person is under the ownership or control of another person with the aim of exploiting his power. This exploitation can also involve sex. People who are under this ownership or power are then controlled at will without being given a penny.
Therefore, slavery in general is against humanity because human dignity is abused in the process. Exploitative slavery and overworked labor also made slaves tormented and suffered. Unfortunately, being in the power or possession of another, a slave usually had no other choice but to accept.