Hundreds of Goma residents took to the streets Monday (12/20/2021) to protest the arrival of Rwandan security forces in the Democratic Republic of Congo (DRC). Clashes erupted between youths and police and killed at least four people including a baby while 12 others were injured.
"In our country we have a good army and a good police force, but we don't understand why Rwanda would come and secure us here in our country," one protester was quoted as saying by Africanews.

In the morning, demonstrators began gathering to stage a protest by burning tires on the main roads of the provincial capital of North Kivu, which borders Rwanda. Police tried to disperse the crowd by firing live ammunition and tear gas.
The police chief of northern Kivu province, General Sylvain Ekenge, said that two law enforcement officers were killed and two others were seriously injured. Meanwhile, north Kivu police chief Abba Van said protesters attacked a security post and stole weapons from police hands.
"A police inspector died. His body is in the morgue. He was shot dead at his service post," Van told reporters. He also added that another police officer was seriously injured and several protesters were also injured. 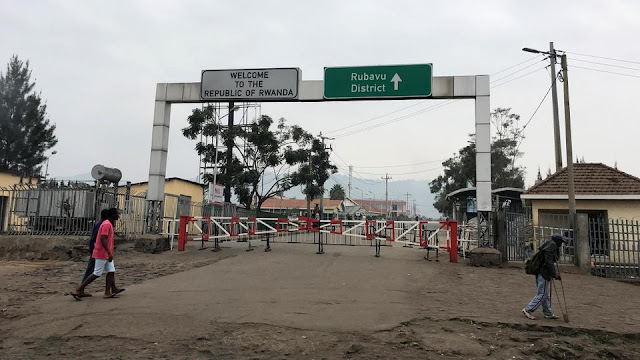 2. A civilian was shot dead

A neighborhood leader and a police source who asked not to be named said a protester who was a motorcyclist had been shot dead during the protest.
Meanwhile, the manager of the CBCA hospital in Ndosho District, Serge Kilumburo, said that one person died in the hospital who was a child less than one year old who was shot in the back of his injured mother. The total number of victims from the civilian side was two people and the same from the police.
Monday's protests were also coupled with the "dead city" action sparked to protest the escalating violence in Congo. Activity in the city remained paralyzed throughout the day, with streets barricaded, shops, banks, schools and the central market closed.

3. Against the violence that occurred during the quarter century

Protesters are calling for uncompromising efforts from the effects of the state of siege announced in early May on North Kivu and neighboring Ituri province, in a bid to end the armed group violence that has plagued the east of the country for more than a quarter of a century.
They also said they strongly opposed the entry of Rwandan police into the city of Goma. The deployment of the Rwandan police is part of a memorandum of understanding signed earlier this week in Kigali by the Rwandan police and the DRC for better cross-border cooperation to fight various forms of crime.
Meanwhile on Saturday, Congo's general commissioner of national police denied the entry of Rwandan police into Congo and said no outside police would come to Goma. He called the accusations false.