The Ambassador of the Republic of Indonesia to Egypt, Lutfi Rauf, presented the 2021 Primaduta Award to Sayyed Haggag as the founder of the company Haggag for Import & Export Co. The handover took place at the Bayt El Bon Coffee Shop.
The Primaduta Award was given for his loyalty in importing Indonesian coffee products since 2003 and for his efforts to establish a coffee processing factory in Lampung under the name Golden Coffee Bean.
"We are very honored to receive this Primaduta Award and will continue to strive to increase imports of Indonesia's superior products, be it coffee, coconut and their derivatives, as well as spices. Indonesia is the main logistics source for us in Egypt," said Hasan Sayed Haggag, CEO Haggag for Import & Export Co, through a written statement received by IDN Times.

1. Haggag is starting to expand into other businesses

Haggag for Import & Export Co. is an Egyptian importer company engaged in the coffee bean processing product sector, which is currently expanding into other agricultural products.
Hassan Haggag is the selected importer who represents Egypt as one of 30 countries among the countries in the world to receive the 2021 Primaduta Award, because of his loyalty to his performance in continuously increasing imports of coffee products from Indonesia.
The awarding of the 2021 Primaduta Award trophy and certificate was held in the Abbasea area, Cairo. Haggag gave the opportunity to his father, Sayed Haggag, to directly receive the award from the Government of Indonesia, represented by Lutfi Rauf. 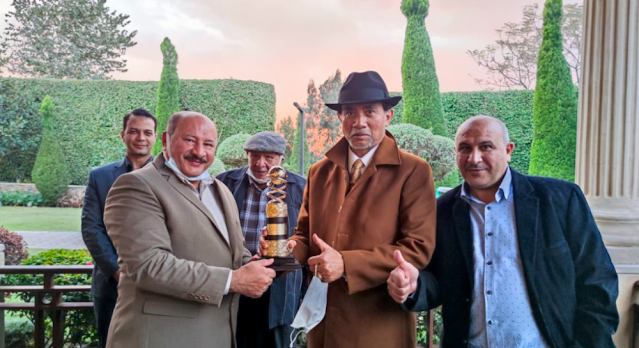 2. Haggag is able to market 300 containers of Indonesian coffee beans every year

3. Hope for the Haggag

Lutfi Rauf, during the Primaduta Award friendly moment at Bukit Al Masa, hoped that this award would be a stimulus for Haggag for Import & Export Co. to be more enthusiastic about marketing products from Indonesia in the Egyptian market.
Lutfi also hopes that the Haggag company will be more aggressive in educating Egyptians regarding the image and quality of Indonesia's superior products, and will continue to strive to increase the value of trade between the two countries.
"I hope that the Primaduta Award given by the Indonesian government to the Haggag Co family can encourage the company to further expand the scope of trade cooperation with business actors in Indonesia," he said.
"Not only limited to importing coffee products on the islands of Sumatra and Java, but also expanding to other potential Indonesian products, such as coconut, nutmeg, cinnamon, cloves and other spice products spread across Sulawesi, Kalimantan, Maluku and Eastern Indonesia. . So, in the end, it can contribute optimally in increasing Indonesia's exports to Egypt," added Lutfi.