Cambodia's ruling party, the Cambodian People's Party (CPP) supports Hun Manet to become the next Prime Minister of Cambodia. Hun Manet, 44, is the son of Cambodian Prime Minister Hun Sen.
Hun Sen, 69, is on the list of one of the longest-serving prime ministers in the world, with more than 30 years. The CPP did not specify when Hun Manet would succeed his father as Cambodia's number one. 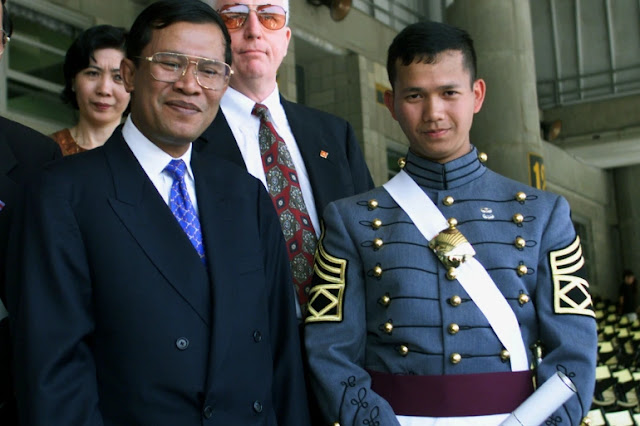 The CPP controls all seats in parliament and in a statement the party unanimously supported Hun Manet as a candidate for the future Prime Minister of Cambodia. Hun Manet is currently a senior official in the Cambodian military with the posts of Deputy Commander of the Royal Cambodian Army and Chief of Staff of the Cambodian Military. He graduated from the United States Military Academy at West Point in 1999.
CPP spokesman Sok Eysan said Hun Sen would not resign anytime soon. The timetable for Hun Manet to run for Prime Minister has not yet been determined. If nothing goes wrong, Cambodia will hold elections in 2023.
"The party congress decided to continue supporting His Holiness Hun Sen to become Prime Minister," said Sok Eysan.
Hun Sen has yet to clarify whether he will run in the next election. But earlier this month, he expressed support for his son to continue his reign. The Cambodian Prime Minister's Office would not comment on this.