Hundreds of People Queue to Buy Banksy T-shirts for Donations

Hundreds of People Queue to Buy Banksy T-shirts for Donations

Hundreds of people line up in the city of Bristol, England to get the latest work by street artist Banksy, on Saturday (11/12). They wanted to have a t-shirt made to help four people charged with overthrowing a statue of a local slave trader.
Ummatimes - The gray shirt features the word Bristol on the empty pedestal where a statue of the 17th-century slave trader Edward Colston stands. There is also a picture of a rope hanging from it and scattered debris.
Anti-racism protesters pulled the statue and dumped it in Bristol harbor in June 2020. There were global protests sparked by the police killing of a black American man, George Floyd.
A total of four people have been charged with criminal damages over the forced removal of the statue and will stand trial next week. "I've made some souvenir t-shirts to mark the occasion," Banksy said on social media Friday. 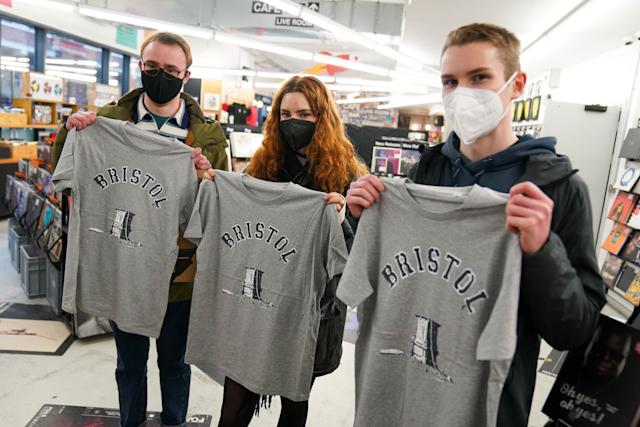 “Available at various outlets in the city starting tomorrow. All proceeds to the defendants so they can buy a pint," he said.
Banksy said the T-shirts cost 25 pounds and were limited to one sale per customer. Banksy's identity was never confirmed. However, he began his career painting walls and bridges in Bristol, a port city in southwest England. Some of his works have sold for millions of dollars at auction.
Colston made a fortune transporting enslaved Africans across the Atlantic to America on ships based in Bristol. He was a major philanthropist for Bristol, with streets and institutions named after him. Some of them have been renamed since the statue's removal sparked debate about racism and historical commemorations.
Bristol city authorities removed Colston's statue from the harbor and said it would be placed in a museum. The statue will be kept along with a plaque from the Black Lives Matter demonstration.