In the Happiest Country, How Many Are Imprisoned?

In the Happiest Country, How Many Are Imprisoned? 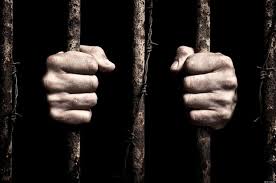 One of the aspects that make them dubbed the happiest country is the low crime rate. But of the five countries, which one has the most inmates or the density of prison occupancy? Read this article to the end to find out.

Finland is a country that in 2021, has been named the happiest country in the first order in the world. The country's total population is about 5.5 million people, half of the population of DKI Jakarta.
The country, which has many beautiful natural landscapes, has a total of 2,743 prisoners. The percentage of female prisoners is only 8 percent, which means that inmates are dominated by men. The country's prison occupancy density is 91.5 percent.
From 2000, the number of inmates in Finnish prisons has continued to increase. The peak occurred in 2006 with the number of people detained as many as 3,778 prisoners. But after that, the number of prisoners continued to decline to this day.

The total population of the country is about 5.3 million people. Oslo is the capital and most populous area of ​​Norway. The population is around 1 million people.
As of September 2021, the number of prisoners in Norway is 3,214. The prison occupancy rate in Norway is 83.4 percent.
In general, since 2000 the prison population in Norway has increased. The peak occurred in 2016 with a total of 3,850 prisoners. But that number slowly then dwindled in the years that followed.
With almost the same population as Finland, the number of Norwegian prisoners is slightly higher. Even so, this country ranks 8th as the happiest country in the world. Oil is one of Norway's sources of wealth.

Denmark is one of the Nordic countries with the smallest area. However, the population density is relatively high. Denmark's population will reach 5.8 million people in 2021.
The number of inmates in Danish prisons in April 2021, as many as 4,227 people. This number exceeds capacity, because the prison cells provided are only to accommodate 4,085 prisoners.
To cope with the overcrowding of inmates, Denmark recently agreed to rent a prison in Kosovo, a country on the Balkan Peninsula. The number for rent is 300 cells and Denmark has said it will send harmless prisoners to the rented cells.
Although Denmark has a large number of prisoners, the country with the capital city Copenhagen is included in the list of the happiest countries in the world in 2021. Denmark ranks third.