Instead of treating patients, 4000 health workers even protest against vaccines

Instead of treating patients, 4000 health workers even protest against vaccines

A crowd of more than 4,000 health workers in Brussels, Belgium, on Tuesday (7/12) staged a protest against the federal government's decision that all medical staff must undergo vaccination.
Health workers who refuse to be injected with vaccines will be fined and possibly suspended.
The crowd denounced mandatory vaccination as "discrimination" and an "unproductive" measure.
Some of the demonstration placards read "we must put common sense" and "let's save our health system instead of firing staff." 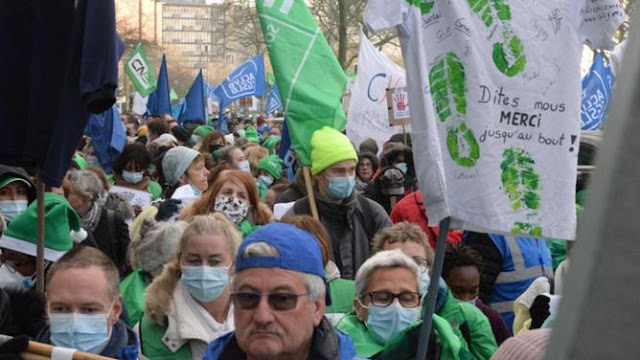 "Everyone has the right to vote, but the threat of dismissal involving staff is unacceptable. We are already short on staff. If we were laid off, it would be a disaster as well as reduce public interest in pursuing this profession," said hospital employee in the province of Liege, Raphael Meys.
On November 19, the federal government passed a law on mandatory vaccination for healthcare workers.
As of January 1, 2022, care staff will be given three months to be injected with the vaccine.
As of April 1, if the decision is not implemented, the visa or staff registration number will be revoked and they may therefore be terminated.
Organizers of the action (the union front) have held a meeting with Health Minister Franck Vandenbroucke's chief of staff and another meeting is also scheduled for next week.