The rebel group in Tigray, Ethiopia, was reported by several eyewitnesses on Sunday, December 12, 2021, to have regained control of the city of Lalibela. That means, less than two weeks Lalibela City fell to rebel groups after the Ethiopian military and its allies took control of Lalibela as part of an effort to expand attacks to push the Tigray rebel group.
Ummatimes - Lalibela is a city in the Amhara region, which borders the northern part of Tigray. Lalibela is a well-known tourist destination, known for its churches hewn from a single rock and have been designated by the United Nations as a world heritage site.
Ethiopian government spokesman Legesse Tulu and Ethiopian military spokesman did not want to comment on the news that Lalibela City had fallen back into the hands of the Tigray People's Liberation Front (TPLF) rebel group. 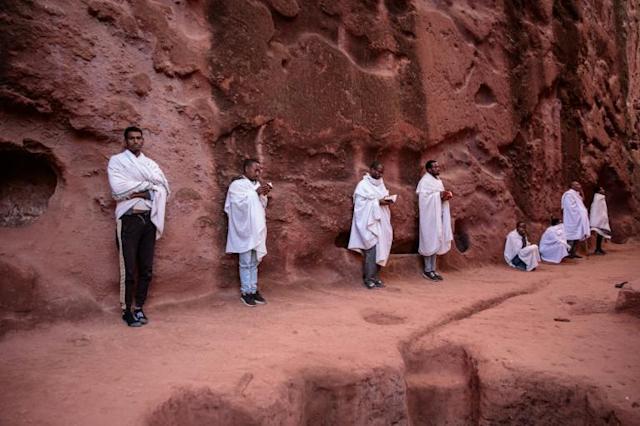 TPLF spokesman Getachew Reda also did not want to comment when questioned by reporters. Reda just said his squad did good things.
One of the eyewitnesses said Amhara troops, who are also allies of the Ethiopian Government, started leaving Lalibela on Saturday night, December 11, 2021.
"We heard gunfire from a distance last night, but Tigray militants recaptured Lalibela without gunshots in the town," said a hotel receptionist, who was an eyewitness.
Another eye witness told Reuters that Lalibela residents had started to flee the city in a state of panic. TPLF troops patrolling Lalibela Town wearing their uniforms.