A Madagascar court has found six people guilty in the plot to assassinate President Andry Rajoelina. The defendants were sentenced to up to 20 years in prison plus forced labor.
Ummatimes - Paul Rafanoharana, who is a dual French-Malaga citizen and was an adviser to the president, was sentenced to the highest sentence in Friday's trial, December 17, 2021, for conspiring to kill his former boss.
Rajoelina began a second presidential term on the Indian Ocean island in 2019.
Philippe François, a former French military officer, was jailed for 10 years. While 14 others were released.
A high court judge in the capital Antananarivo said six people, who also included a retired general of Madagascar's army, were guilty on charges including plotting to overthrow the government and conspiring to threaten the president's life. All have denied the accusations. 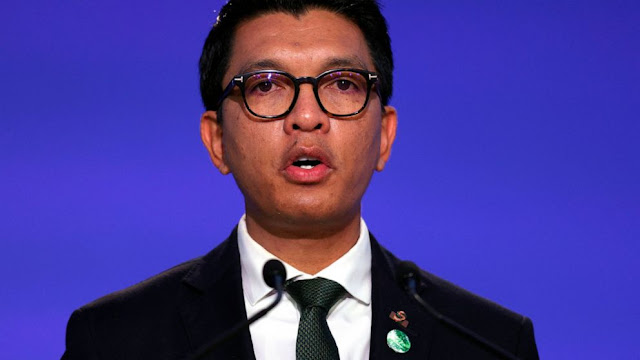 Maître Willy Razafinjatovo, one of Rafanoharana's lawyers, told Reuters he would appeal the ruling in a higher court.
"We will ... set aside this trial," he said.
"I'm shocked. It's a shame," another of Rafanoharana's lawyers, Maître Arlette Rafanomadio, said of the verdict.
The suspects were arrested in July and August this year.
Rajoelina, 47, first seized power in the former French colony of 26 million people in a March 2009 coup, ousting Marc Ravalomanana. He remained in control as head of the transitional government until 2014.