Malaysia's former Prime Minister Mahathir Mohamad, 96, was hospitalized from Thursday, 17 December 2021, and will undergo a full medical examination.
"He will undergo a full medical examination and further observation," the National Heart Institute said in a statement.
Ummatimes - It did not say why Mahathir was referred to the hospital. His spokesman declined to comment further, Reuters reported.
The former prime minister is expected to be in hospital for the next few days, the hospital said.
Mahathir, Malaysia's longest-serving prime minister, has a history of heart problems. He has had a heart attack and bypass surgery.
According to Free Malaysia Today records, in 2018 Mahathir was treated for a heart infection at the institute and was also admitted for treatment and observation in August 2016. 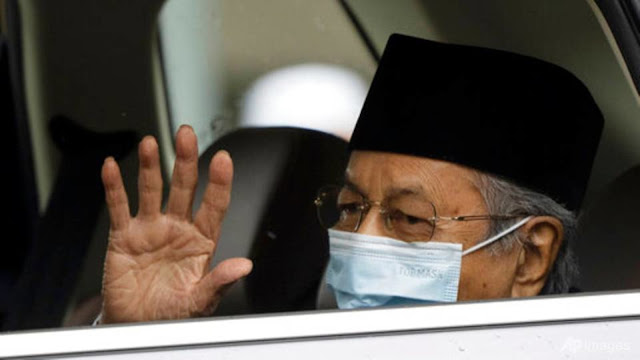 Mahathi had suffered a mild heart attack in 2006. He has also undergone two bypass surgeries, the first at Kuala Lumpur Hospital in 1989 and the second at IJN in 2007.
The nonagenarian served as prime minister for 22 years until 2003. He returned as prime minister at the age of 92 after leading the opposition coalition to a historic victory in 2018, defeating the party he once led.
His government collapsed in less than two years due to infighting.
He remains an influential figure in Malaysian politics. Recently, his statement that the Chinese have not yet mingled with Malaysian society can be seen from the use of chopsticks to eat.
His remarks drew controversy and criticism, among them from the Secretary General of the Democratic Action Party, Lim Guan Eng, as "simple and offensive". He said the tools were also an integral part of other cultures.
“This is not only simple but also offends the Chinese community here. Tun (Mahathir) must be reminded that not only China or Taiwan but countries like Japan, South Korea and Vietnam also use chopsticks," he said as quoted by CNA, Monday, December 13, 2021.