The Malaysian Court of Appeals has decided to uphold the guilty verdict of former prime minister Najib Razak in the corruption trial of the Malaysian investment fund, 1 Malaysia Development Berhad (1MDB). Judge Abdul Karim Abdul Jalil, who chaired the three-member panel, delivered the verdict on Wednesday (8/12).
"We reject the appeal of the seven charges and confirm the verdict," he was quoted as saying by the Channel News Asia website on Wednesday.
Reuters reported Najib's lawyer, Shafee Abdullah, told the court he would appeal the ruling at the Federal Court, Malaysia's highest court. The court then allowed Najib's application for a postponement of the execution of the sentence pending an appeal to the Federal Court.
Ummatimes - Najib attended the trial via Zoom because he and several lawyers on his defense team had contact with people with Covid-19 cases. On July 28 last year, the High Court sentenced Najib to 12 years in prison and a fine of RM210 million. The verdict follows a guilty verdict in his first corruption trial involving millions of ringgit from a former 1MDB subsidiary, SRC International Sdn Bhd. 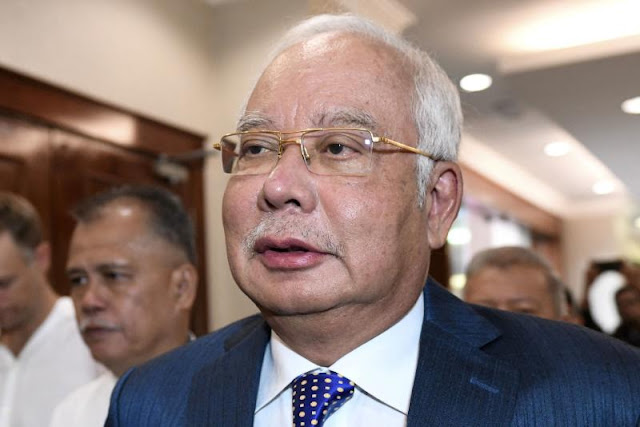 He was charged with three counts of criminal breach of trust, three counts of money laundering, and one count of abuse of power. For each charge of breach of trust, Najib was sentenced to 10 years in prison and for each count of money laundering, 10 years.
Meanwhile, for abuse of power, the judge sentenced him to 12 years in prison and a fine of RM210 million. If Najib fails to pay the fine, a five-year prison sentence will be given instead.
All prison sentences will run concurrently. Najib has denied any wrongdoing and has appealed the verdict.
The judge at the appeals court concluded his appeal hearing on May 18. His attempt to present new evidence in his appeal was rejected by the court on Tuesday. In 2018, after Najib's Barisan Nasional (BN) government was ousted in the 14th general election, prime minister Mahathir Mohamad called for an investigation into the 1MDB scandal to be reopened.
In the following period, Najib was prohibited from leaving the country. Police have confiscated cash and other valuables from places linked to him.
On October 18, the High Court granted Najib's request to temporarily release his passport so he could attend the birth of his grandson in Singapore. He then attempted to delay his trip so he could campaign for BN in the Melaka state election. On November 29, Najib's daughter Nooryana Najwa posted a photo on her Facebook showing him holding a newborn baby, with his wife Rosmah Mansor by his side.