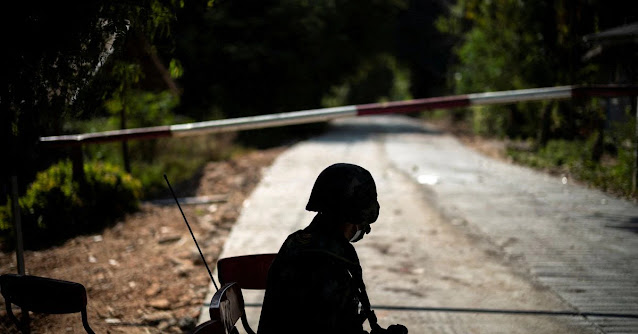 A Reuters reporter in Mae Sot, a Thai border town, reported hearing multiple explosions late Thursday at around 11 p.m. When confirmed, a spokesman for Myanmar's military junta did not answer the call.
Myanmar has been in turmoil since the military toppled the civilian government led by Aung San Suu Kyi on February 1. The military coup sparked protests and sporadic clashes in the countryside between the anti-junta militia and the army.
Fresh fighting between the Myanmar military and KNU broke out last week. According to Thailand's Ministry of Foreign Affairs, more than 4,200 people have crossed into Thailand since the violence began. Civil society groups say the number of refugees stands at 10,000.