Netherlands Lockdown Again Due to Omicron, Close Schools and Restaurants

Netherlands Lockdown Again Due to Omicron, Close Schools and Restaurants

The Netherlands will carry out a strict lockdown during the Christmas and New Year period. According to Prime Minister Mark Rutte, the lockdown was in place to try to contain the highly contagious Omicron variant of the coronavirus.
Ummatimes - All non-essential shops and services, including restaurants, hairdressers, museums and gyms will be closed from Sunday to January 14, 2022. All schools will also be closed until January 9, 2022.
"The Netherlands is closed again. It was unavoidable because of the fifth wave with the Omicron variant," Rutte said in a televised press conference.
Other measures include a recommendation that no more than two people should be hosted in the home. In addition, outside meetings are also limited to a maximum of two people. 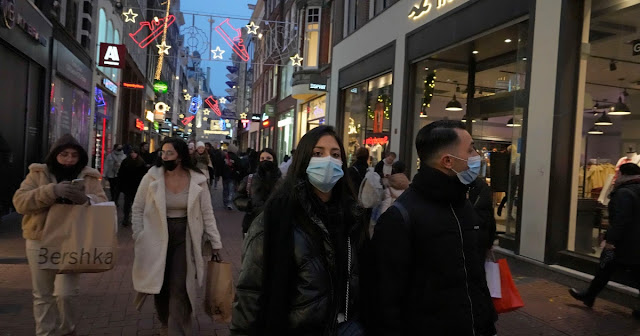 According to Rutte, the Netherlands was forced to return to lockdown to deal with the spike in the Corona virus. Otherwise, the hospital will be full and out of control.
Infections in the Netherlands have fallen in recent weeks following a partial lockdown at the end of last month. However, the outbreak of the Omicron variant in the Netherlands has made the country fight again against a wave of corona virus infections.
Omicron cases have soared since they were first discovered in the Netherlands three weeks ago. Meanwhile hospitals struggle to treat Covid-19 patients, nearing their highest level this year.
Omicron is expected to become the most dominant virus variant in the Netherlands between Christmas and New Year's Eve, according to leading Dutch infectious disease expert Jaap van Dissel.
This new variant continues to spread even though more than 85 percent of the Dutch adult population has been vaccinated. As many as 9 percent of adults have received booster injections, one of the lowest rates in Europe.
On Saturday, the National Institute for Public Health (RIVM) reported a total of more than 2.9 million cases of COVID-19 since the start of the pandemic. The death toll in the Netherlands reached 20,420 reported cases. In the last 24 hours 14,616 new infections were recorded.